PHILADELPHIA (January 29, 2020) – This week, Center City District (CCD) is starting work on enhancements to Sister Cities Park. We will be expanding the park’s opportunities for play by offering new components that engage children from a broader range of ages.

CCD engaged the expertise of Studio Ludo, specializing in building better play through research and design, and Studio Bryan Hanes, an urban design and landscape architecture firm that created the new 2012 design for Sister Cities Park.

After surveying dozens of parents and caretakers, and observing how children use Sister Cities Park, CCD developed plans to enhance the Discovery Garden with more ways for children to play while maintaining the intimate and natural feel of the park.

The enhancements will include a climbing net and platform, a “hiding” nest, a stream dam, and push-button operated water jets, in addition to an extended area for plantings and additional stone benches. Many of these new additions will be accessible year-round, keeping the park active in the colder months.

“Sister Cities Park has become a thriving destination for families and young children to experience the wonder of the local environment and play in a welcoming setting in the heart of the city,” CCD President and CEO Paul R. Levy said. “The additions coming to the Discovery Garden will provide parents and children with even more of what they enjoy about the park.”

Plans for the new project were approved by the Philadelphia Art Commission, as well as the Department of Parks and Recreation, from whom CCD leases the site, and were presented at a recent meeting of the Logan Square Neighbors Association. Bittenbender Construction, a woman owned enterprise, was competitively selected as the project contractor.

Located on the Benjamin Franklin Parkway in Logan Square at 18th Street, Sister Cities Park was first dedicated in 1976 in recognition of Philadelphia’s commitment to the international Sister Cities program. Transformed by CCD in 2012 from a forgotten space into one of the nation’s leading multigenerational parks, Sister Cities Park is a favorite destination for families with children, school and day care groups, local workers, seniors and visitors to nearby cultural institutions.

The Discovery Garden is a favorite experience for children, modeled after the winding paths, mountains and streams of Philadelphia’s Wissahickon Valley. The park’s shallow wading pond, a popular spot for families in the warm weather months, is converted into an Imagination Playground in the winter.

The new and improved Discovery Garden will open in late April. The Sister Cities Café, which was renovated and a new kid-friendly menu added last year, will open for the season in March and the spring schedule of park events will be announced soon. 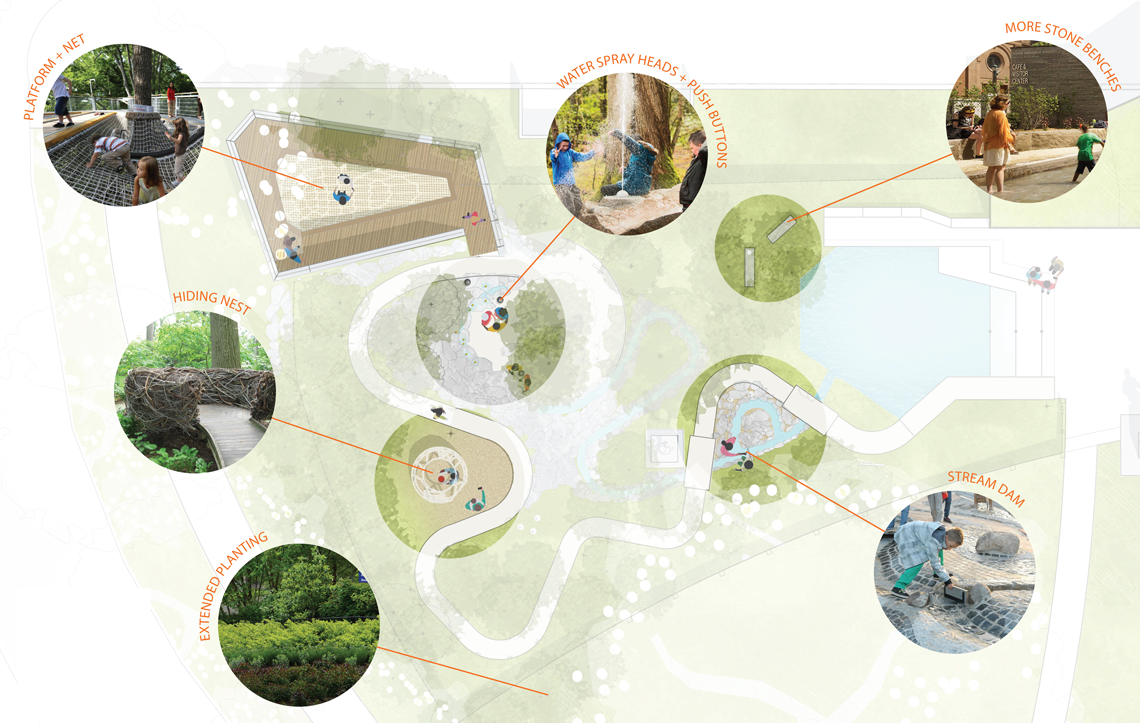 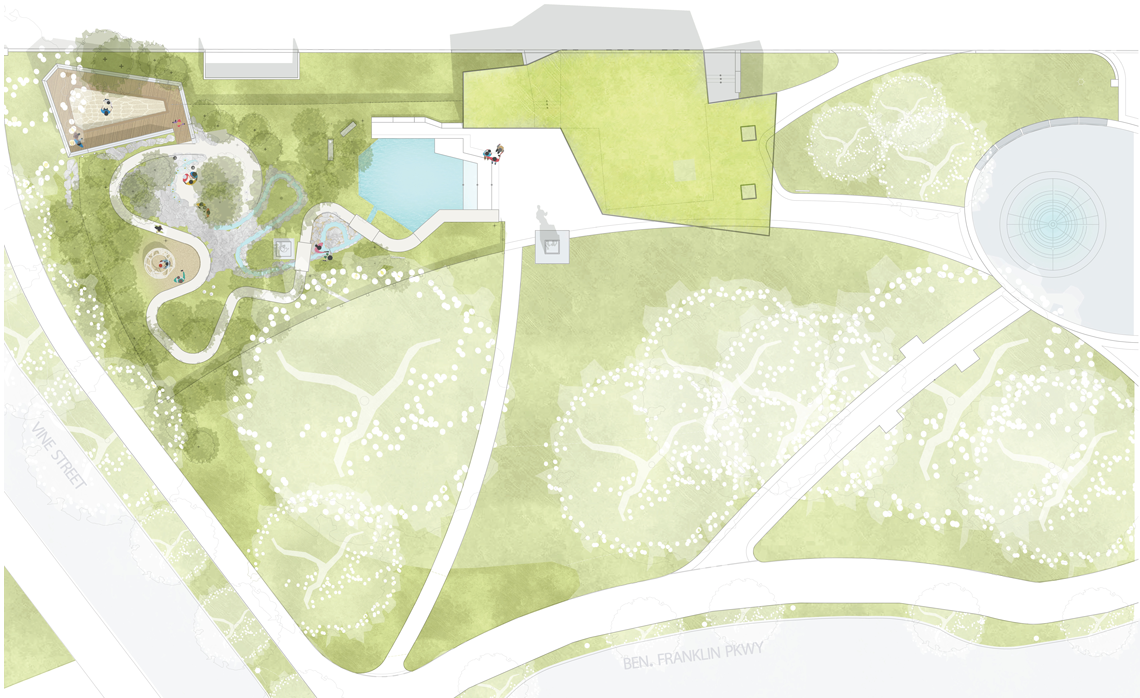