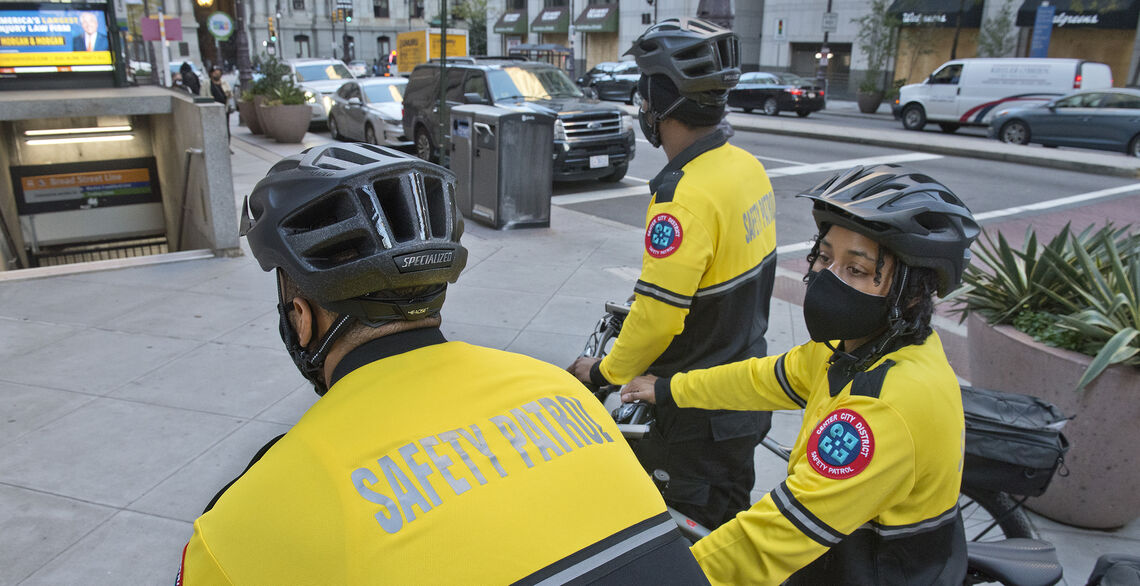 To support businesses, restaurants and cultural institutions, CCD has deployed a bicycle patrol for the last 18 months within the District from 11 a.m. to 7 p.m. seven days per week. A second shift was added from 3 p.m. to 11 p.m. in April 2022 to provide greater visibility during evening rush hour for office workers and for visitors and residents in the prime entertainment and dining areas within the District.

CCD’s bike patrol is closely coordinated with focused deployment by the Philadelphia police.

The added patrols expand upon services CCD has provided for 31 years, including 100 teal-uniformed cleaners who sweep Center City sidewalks no less than three times each day and remove graffiti; and 45 teal-uniformed, unarmed, Community Service Representatives (CSRs) who patrol daily on defined foot beats on Center City sidewalks and in CCD-managed parks to provide information, offer assistance to the public, deter crime and serve as “eyes and ears” for the police.

The bike team members wear yellow and black jackets marked Safety Patrol and operate seven days a week including holidays on Center City streets. Like CCD CSRs, the bike Safety Patrols are unarmed, act as a deterrent and function like a professional town watch, communicating regularly and working in partnership with Philadelphia police as well as security personnel employed by many Center City buildings.