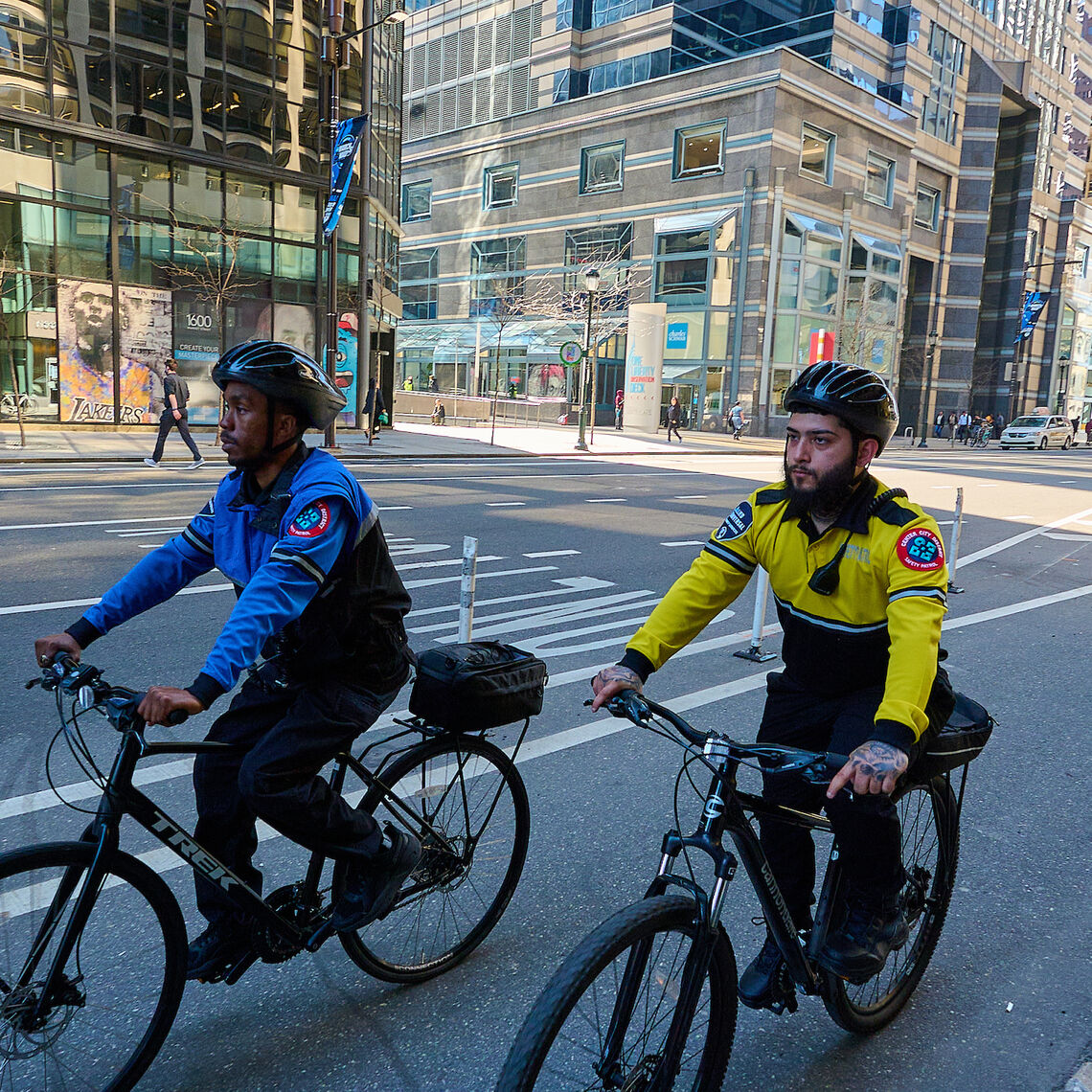 New shift will focus on entertainment and dining areas from 3 p.m. to 11:30 p.m. to support significant increase in returning shoppers, visitors & workers

In March 2022, an average of 333,789 pedestrians walked each day on the sidewalks of Center City between Vine and Lombard streets, river to river ‒ 81% of the volume that Center City enjoyed in January 2020 – with the highest numbers of visitors, shoppers and workers in two years.

To support businesses, restaurants and cultural institutions, CCD has deployed a 15-person bicycle patrol for the last 18 months within the District from 11 a.m. to 7 p.m. seven days per week. This week, a second six-person shift has been added from 3 p.m. to 11 p.m. to provide greater visibility during evening rush hour for office workers and for visitors and residents in the prime entertainment and dining areas within the District. CCD’s bike patrol is closely coordinated with focused deployment by the Philadelphia police.

The added patrols expand upon services CCD has provided for 31 years, including 100 teal-uniformed cleaners who sweep Center City sidewalks no less than three times each day and remove graffiti; and 45 teal-uniformed, unarmed, Community Service Representatives (CSRs) who patrol daily on defined foot beats on Center City sidewalks and in CCD-managed parks to provide information, offer assistance to the public, deter crime and serve as “eyes and ears” for the police.

The bike team members wear yellow and black jackets marked Safety Patrol and operate seven days a week including holidays on Center City streets. Like CCD CSRs, the bike Safety Patrols are unarmed, act as a deterrent and function like a professional town watch, communicating regularly and working in partnership with Philadelphia police as well as security personnel employed by many Center City buildings.

“Center City is on the path to recovery,” CCD President Paul R. Levy said. “Employment is nearing pre-pandemic levels; workers are returning to offices; transit ridership and hotel occupancy are rebounding; arts and cultural institutions are again welcoming audiences. We all should follow sensible health protocols, but CCD is taking extra steps to make sure that the growing volume of returning shoppers, tourists and workers have an enjoyable and safe experience in Center City.”

Center City District, a private-sector organization dedicated to making Center City Philadelphia clean, safe and attractive, is committed to maintaining Center City’s competitive edge as a regional employment center, a quality place to live, and a premier regional destination for dining, shopping and cultural attractions. Find us at centercityphila.org.