PHILADELPHIA (February 18, 2019) – The Center City District (CCD) has started construction on a new coffee kiosk at the southern end of Dilworth Park adjacent to 15th Street with the installation of foundations and plumbing lines. This follows approval by the city’s Historical Commission and Art Commission. The coffee kiosk will open in April.

The 620-square-foot structure will be located at the southern end of Dilworth Park where additional landscaping will also be installed. Designed by DAS Architects and Olin Partners, the original landscape architect for the park, the new building mirrors the existing, larger café at the north end of the park and will be situated in a semi-circular area currently occupied by seating and landscaping. Dilworth Park Café operator Brûlée Catering will run the coffee stand, which as part of Brûlée’s franchise agreement will be branded as a Starbucks and carry Starbucks products.

The building will be topped with a green roof and wrapped on three sides with green wall trellises designed to integrate with its surroundings and enhance the area with improved landscaping. The structure will function as a walk-up stand with no indoor customer seating. Five new trees will be planted to replace five that were removed to accommodate the foundations. Additional landscaping designed by Olin Partners will enhance the area around the building with flowering plants, shrubs and grasses including oak leaf hydrangea, cherry laurel, wood spurge and dogwood, making it greener and more lush than it was previously.

“This project is providing a new amenity to the southern end of the park, helping further activate the area and buffer the park from heavy traffic volumes on south Penn Square,” said Center City District President and CEO Paul R. Levy. “We are retaining all of the existing seating, enhancing the green quality and pedestrian-friendly atmosphere that currently defines the area, while acting as a counterpoint to the existing café, almost two city blocks away – 446 feet – on the northern end.”

Since opening in fall 2014, CCD has added to Dilworth Park’s amenities, landscaping and programming every year as the number of annual visitors has increased from 8,697,000 in 2015 to 10,878,000 in 2018. Dilworth Park has been transformed from a desolate plaza at the foot of City Hall into a welcoming meeting place and first-class transit gateway visited by 30,000 people each day, rising to more than 60,000 per day in the holiday season. In addition to providing cleaning, safety and landscape maintenance on Dilworth Park every day of the year, CCD creates a diverse calendar of events and programming to enjoy year-round. 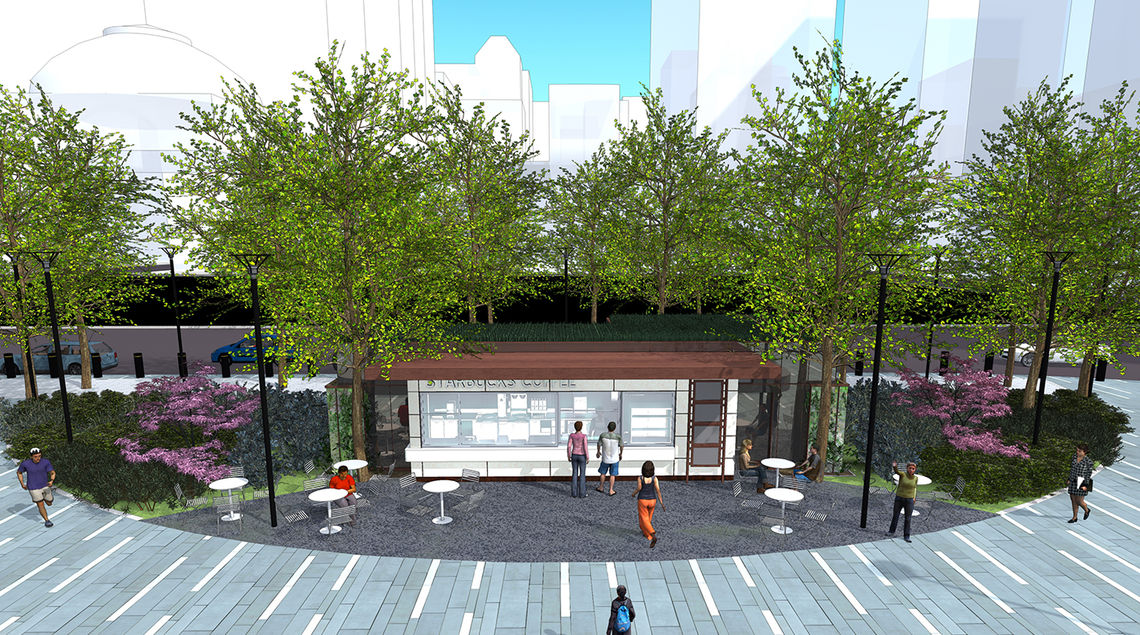 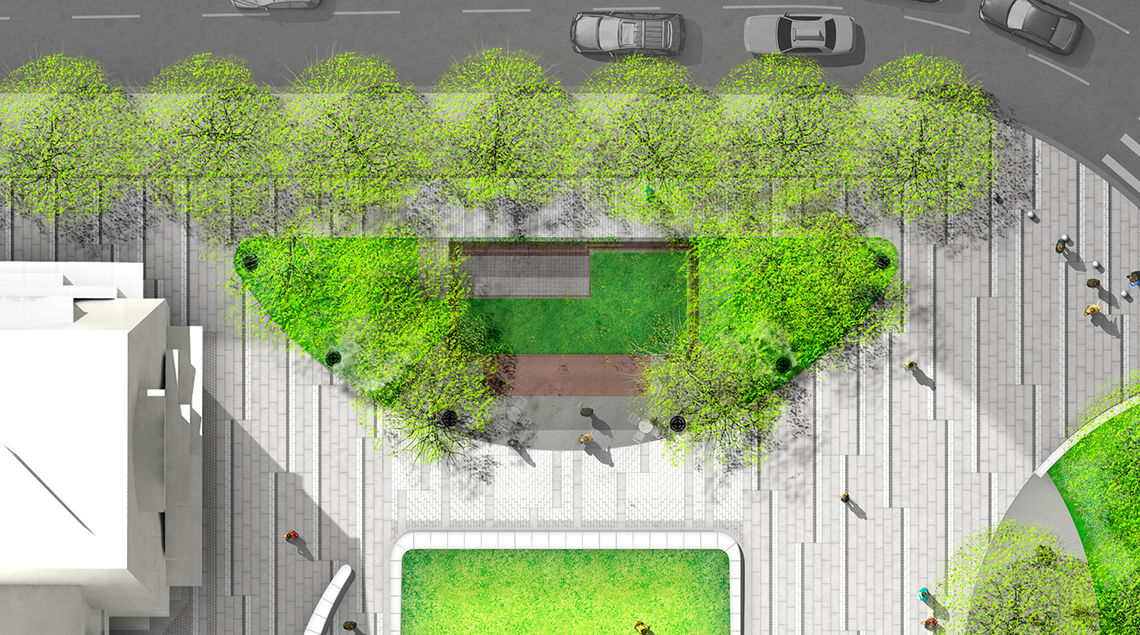