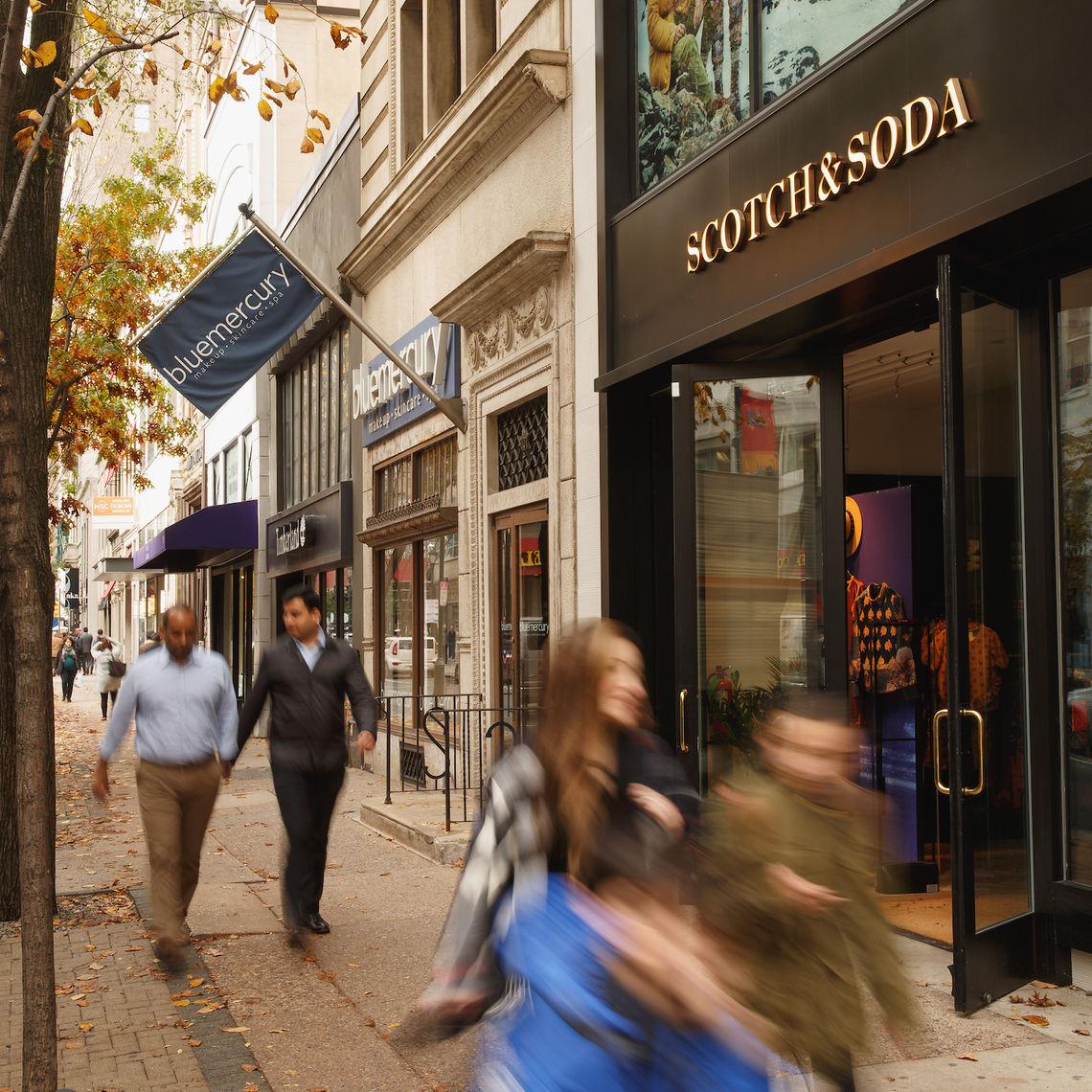 Local proprietors make up 75% of retail mix; vacancies are half of national average

PHILADELPHIA (December 4, 2018) – From the changing retail mix along Rittenhouse Row to the expanding food and beverage offerings on East Market and Chestnut streets, Center City’s retail landscape is being transformed and repositioned to meet the needs of the growing millennial population in Center City, while continuing to serve Philadelphia workers, residents and visitors.

Meanwhile, east of Broad Street in the burgeoning Market East district, strong demand is being driven by national retailers seeking larger floor plates and by local businesses seeking lower rents than what is found west of Broad.

With three major retail-driven developments completed since 2016, two more currently under construction and another in the pipeline, Market East will see the addition of 1.2 million square feet of retail in the next few years, representing a $910 million investment. This critical mass of large-scale mixed-use development will development will create a continuous shopping and dining district from Independence Mall to City Hall.

Center City District, a private-sector organization dedicated to making Center City Philadelphia clean, safe and attractive, is committed to maintaining Center City’s competitive edge as a regional employment center, a quality place to live, and a premier regional destination for dining, shopping and cultural attractions. Find us at www.centercityphila.org.