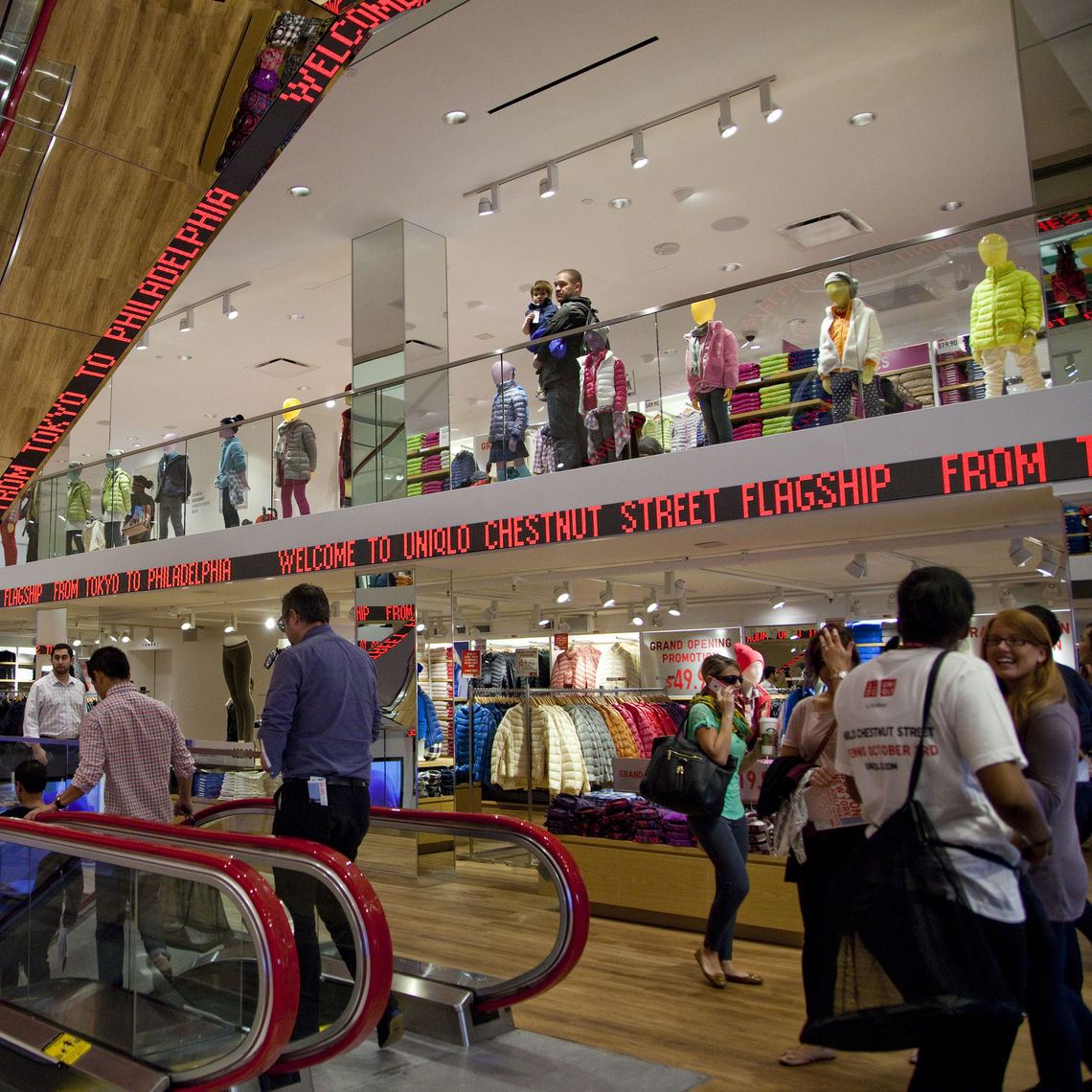 With clothing for men, women and children, UNIQLO’s Center City location is most notable for its children's section which is the largest of its kind nationwide. Found on the mezzanine and easily identified by the striking mismatched-colorful floor, the children’s section, much like the rest of the store is well-organized and easy to shop.