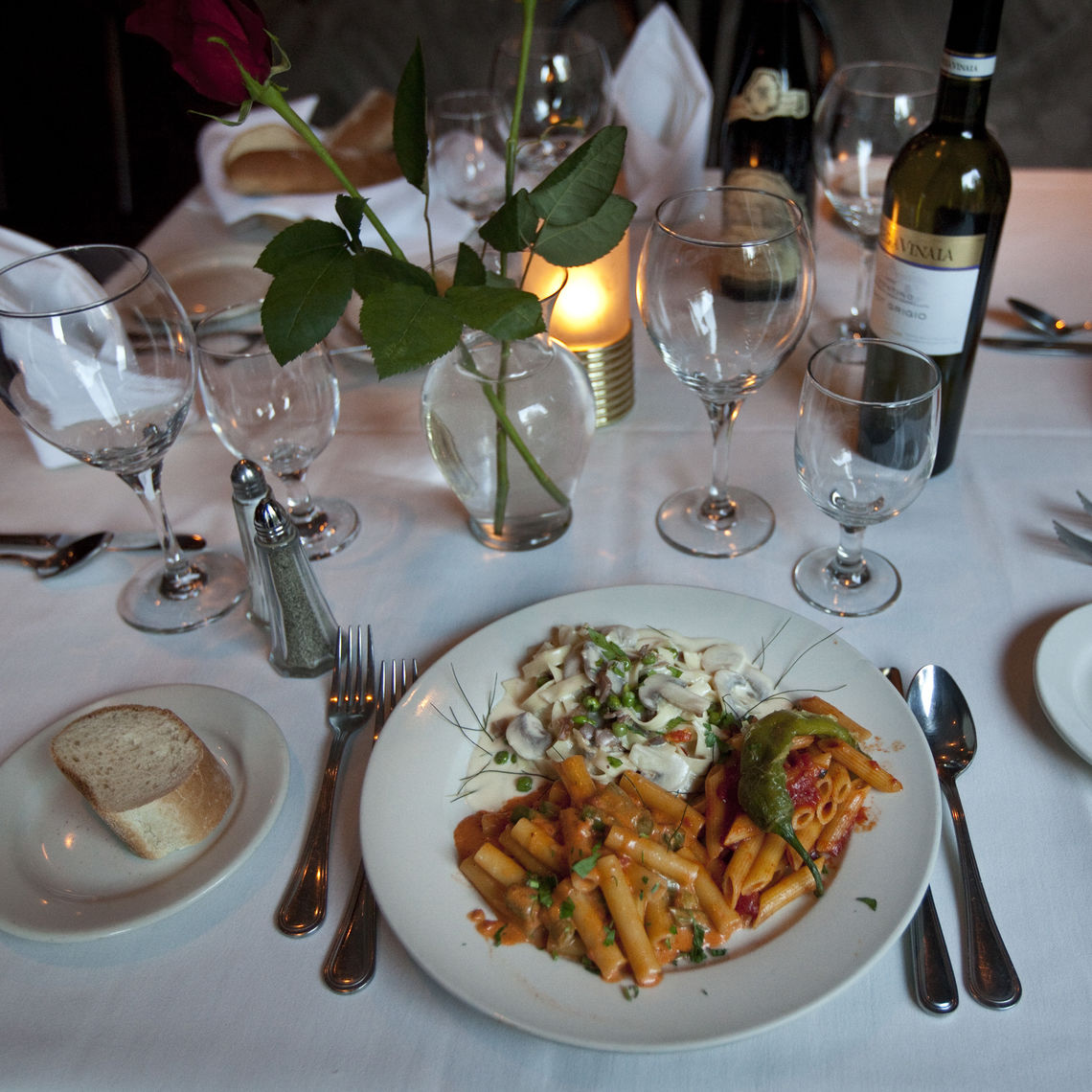 D’Angelo’s Ristorante Italiano opened in 1990 in Rittenhouse Row and quickly became a landmark for old-fashioned Italian fine dining in Philadelphia. In 1990, the location – on the corner of South 20th and Rittenhouse Square streets – was considered an undesirable section of Center City with only a pharmacy, paint store and fish market nearby. Despite this, on opening night within 30 minutes of opening, all three floors of the restaurant were packed. The restaurant’s co-owners, Sal and Tony D’Angelo, had no advertising other than a handwritten sign in the window, but the welcoming attitude of the D’Angelo family has created a loyal following to this day.

On the menu you’ll find a wide selection of pasta and entrees prepared from generations of family recipes including the Best of Philly award-winning Penne Arrabiata. The extensive wine list offers several varieties of Italian red wines and specialty drinks. In addition to Chianti- considered the quintessential red wine of Italy- other wines from different regions of Italy such as Brunello di Montalcino, Barolo and Amarone are available by the bottle. D’Angelo’s is open for lunch and dinner. A special Bambini menu is offered for children. A private room upstairs is available for parties and special events.

Though the South 20th Street section of Rittenhouse Row is a now a vibrant corridor with several bars and restaurants, businesses, and lively Rittenhouse Square nearby- D’Angelo’s remains a top dining destination in Center City. In an interview with the Philadelphia Inquirer on the eve of the restaurant’s 25th anniversary, the D’Angelo brothers shared stories of some of the restaurant’s famous guests including Mark Wahlberg, Denzel Washington, Sylvester Stallone, Michelle Pfeiffer and Jennifer Lawrence.