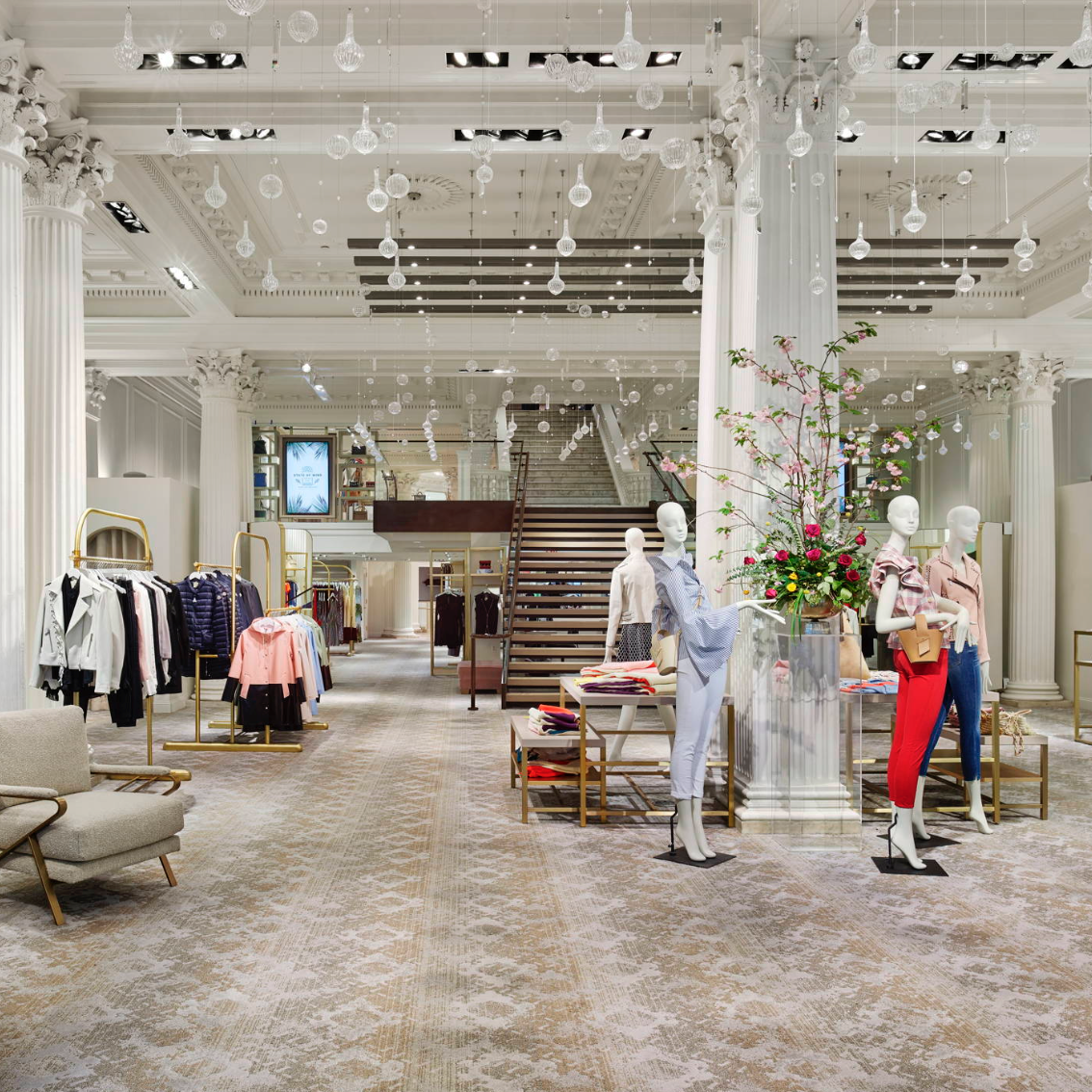 Boyds is a landmark multi-level department store in Center City with the largest selection of luxury apparel, shoes, and accessories in the region. Praised by the New York Times as the last great department store in the country, Boyds was founded in 1938 by brothers Alexander, Albert and Ben Gushner and quickly earned a reputation as the place for tailored men’s clothing. After 55 years of exclusively selling men’s fashion, a women’s department was introduced in 1993. Four generations of Gushners later, Boyd’s continues to evolve to reflect the needs of the contemporary shopper. Providing a personalized shopping experience you can no longer find in retail, loyal customers flock from across the country, including the world fashion capital of New York, to buy their wardrobes season after season.

In late Summer 2017, Boyds broke ground on a multi-million-dollar renovation and launched an e-commerce website shortly after. The renovation introduced enhanced visual exposure to the womens’ designer and contemporary collections on the first floor with 9,000 square-feet of floor space and new and exclusive brands including L’Agence, Common Projects, Emilio Pucci, Aquazzura and more. Steps away from the Women’s Collections department, the mezzanine features an expanded assortment of luxury handbags, shoes and accessories.

Men’s apparel, accessories and shoes are found on the second and third floors with luxury sportswear, designer collections and men’s shoes on the second. The third floor boasts the largest luxury tailored clothing collection in the country and service that is second to none; an ode the traditions and services of Boyds’ founding generation. The made-to-measure salon offers an extensive choice of luxury fabrics and fit and style options with 40 on-site European tailors who create your customized style.

In total, the grand, five-story limestone building at 1818 Chestnut Street has 50,000 square feet of selling space and is the official stockist of some of the most exclusive names in fashion, including, Alexander McQueen, Manolo Blahnik, Carolina Herrera, Marchesa, Salvatore Ferragamo, Herno and Canali. Boyds also offers a variety of services including personal shopping and complimentary valet parking, as well as Italian, Spanish, Portuguese, Greek, Chinese, Korean and Russian interpreters.

View the directory of designers for Boyds womens’ collection here.

View the directory of designers for Boyds mens’ collection here.