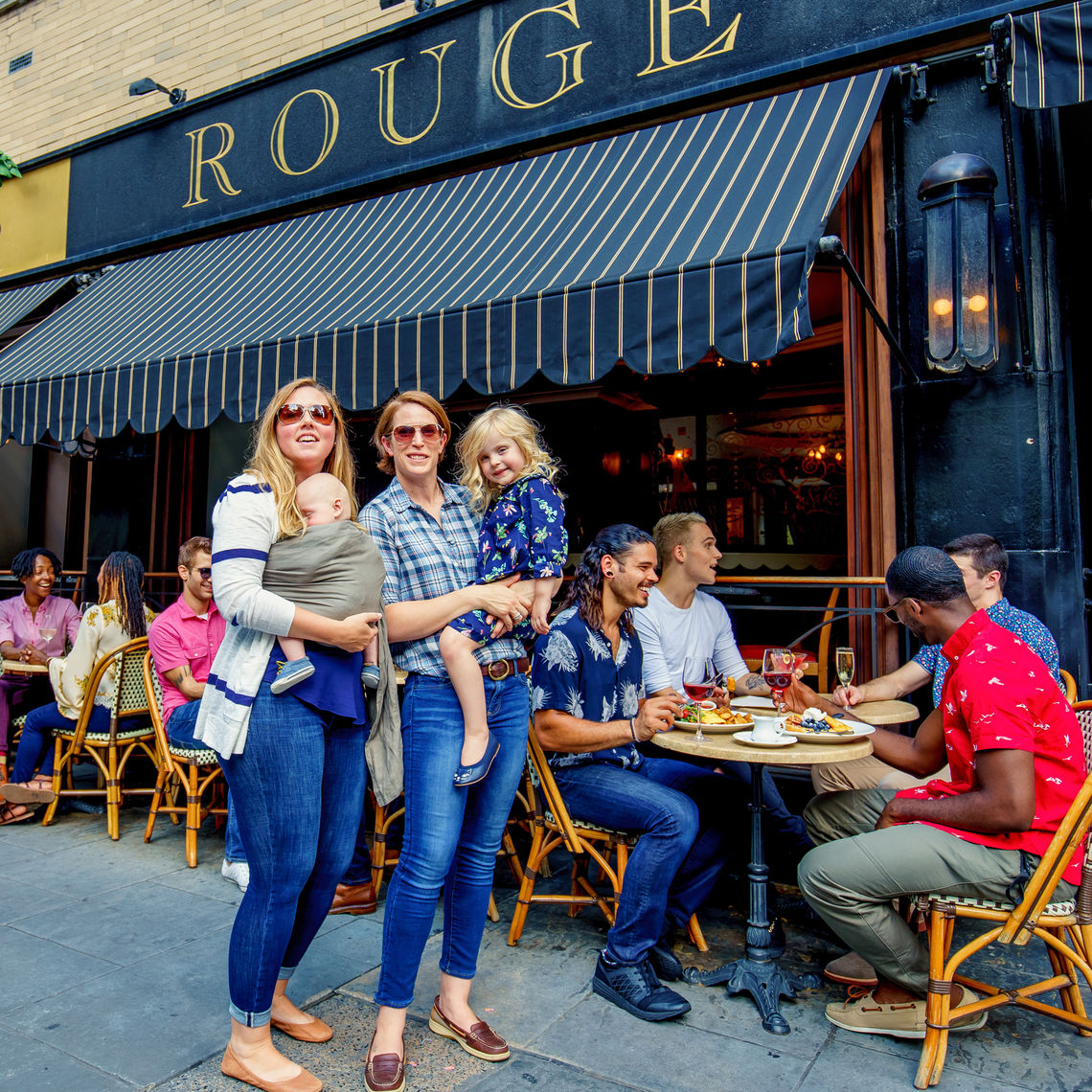 When Rouge opened in 1998, the restaurant was the first in the city to offer outdoor seating, instantly becoming a Philadelphia classic. The streetside tables with views of Rittenhouse Square and the Rouge Burger, created by the restaurant’s first executive chef Peter Dunmire, were unique offerings that have made Rouge a popular dining destination over 20 years. Made from a 12-ounce custom beef blend patty, caramelized onions, and Gruyère cheese on a brioche challah bun, the burger is frequently listed as one of the best in Philadelphia and has received praise nationally by outlets including GQ and Oprah. Epicurious included the Rouge Burger on its list of the best burgers in America, where it is described as a “perfectly portioned combo of juicy beef, cheese and bun.” Philadelphia magazine considers the burger a “near-perfect example of how to do a bar burger well.”

Rouge serves American bistro fare with an Asian influence. On the menu you’ll find tuna tartare, truffle fries, salmon with bok choy and thai coconut curry, and Noh pho named after Executive Chef Sam Noh. Since starting his culinary career in 2002 at The Bubble House in Philadelphia, Chef Sam Noh worked in kitchens throughout New York City before returning to Philadelphia where he now serves as executive chef.