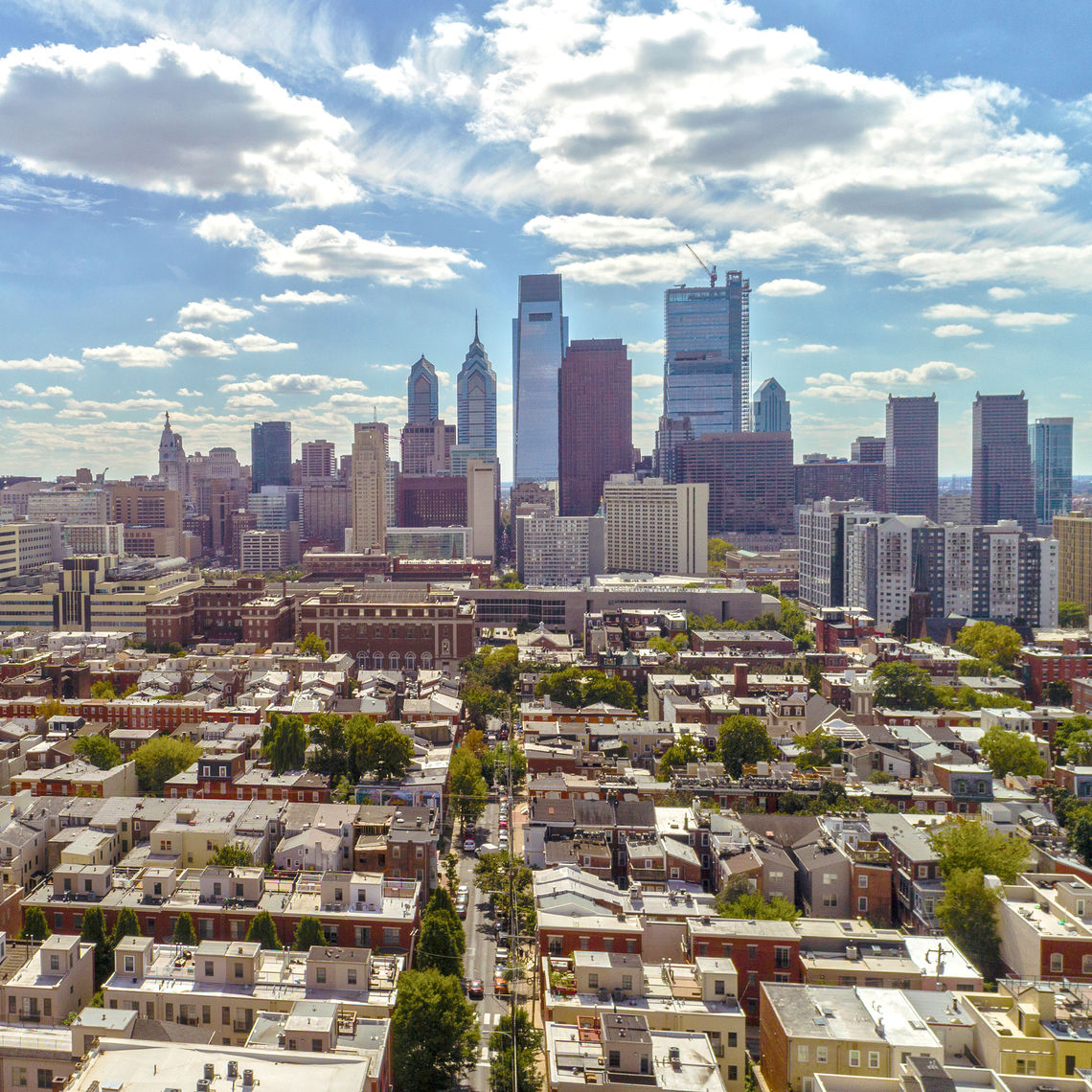 The Center City District (CCD) and Central Philadelphia Development Corporation (CPDC) have released Housing Development in Perspective: 2018, examining housing development in Greater Center City (the area between the two rivers and from Girard Avenue to Tasker Street), the balance between supply and demand, and potential constraints to Philadelphia’s ongoing revival.

Greater Center City experienced another record-setting year in 2017 with the construction of 2,650 new apartments, single-family homes and condominiums. Seventy-one percent of the units were rentals, single-family housing constituted 19.6%, and condominiums jumped to 10% of new units from just 5% one year before. Unlike 2016, which saw a significant increase in new apartment construction concentrated in the downtown core, major developments were more widely dispersed in 2017 across the extended neighborhoods of Center City. Philadelphia has expanded from a 3% share of regional housing permits in the early 1990s to a 25% share from 2010 to 2017 with Greater Center City counting for more than half of all new units in the city. Since 2000, 23,178 new residential units have been added in Greater Center City .

What’s in the pipeline? Are demand and supply in sync? Who is moving here, and where are they living? How does Center City compare to other downtowns? Using data from city, state, and federal sources along with extensive original research, Housing Development in Perspective: 2018 looks at the answers to these questions and offers up some solutions to challenges still facing Philadelphia's residential market.

The report  suggests for example, that Philadelphia not exaggerate or overreact  to the impact of these trends by making major policy changes that could retard development in a city that is still recovering from job and population loss in many neighborhoods. With many residents facing the challenge of housing affordability, the report suggests that rather than counter-pose the interests of market rate and affordable housing, Philadelphia should align them in a way which encourages and harnesses the positive market trends in Center City and University City.

“By Philadelphia standards we are experiencing a housing boom. Nationally, we are far back in the pack as other cities are adding far more jobs and residents. Given the diminishing redistributionist function of the federal government, Philadelphia increasingly has to depend locally on growing our tax base to fund public services. But the city is competing to attract residents, workers, and businesses with surrounding counties that all have lower wage and business taxes,” said Center City District President and CEO Paul R. Levy. “We should remain cognizant of the fragility of the current revival, how limited our growth is compared to peer cities, and not add further costs to the construction process, especially since we may be approaching the end of an economic cycle.”

“Our national politics are consumed by extremes - a tendency to pit one group against another. Philadelphia needs to avoid falling into that trap and seek far more pragmatic solutions that work locally. Suppose the city decided to harness some or all of this revenue from expiring abatements and direct it to affordable housing. With a simple budgeting decision, rather than a controversial new tax, a curtailment of the abatement, or a new zoning code requirement, a revenue stream could be created to extend expiring rental subsidies and create more affordable housing. Instead of pitting the interests of market rate development against the needs of lower income residents, this would align the two.”