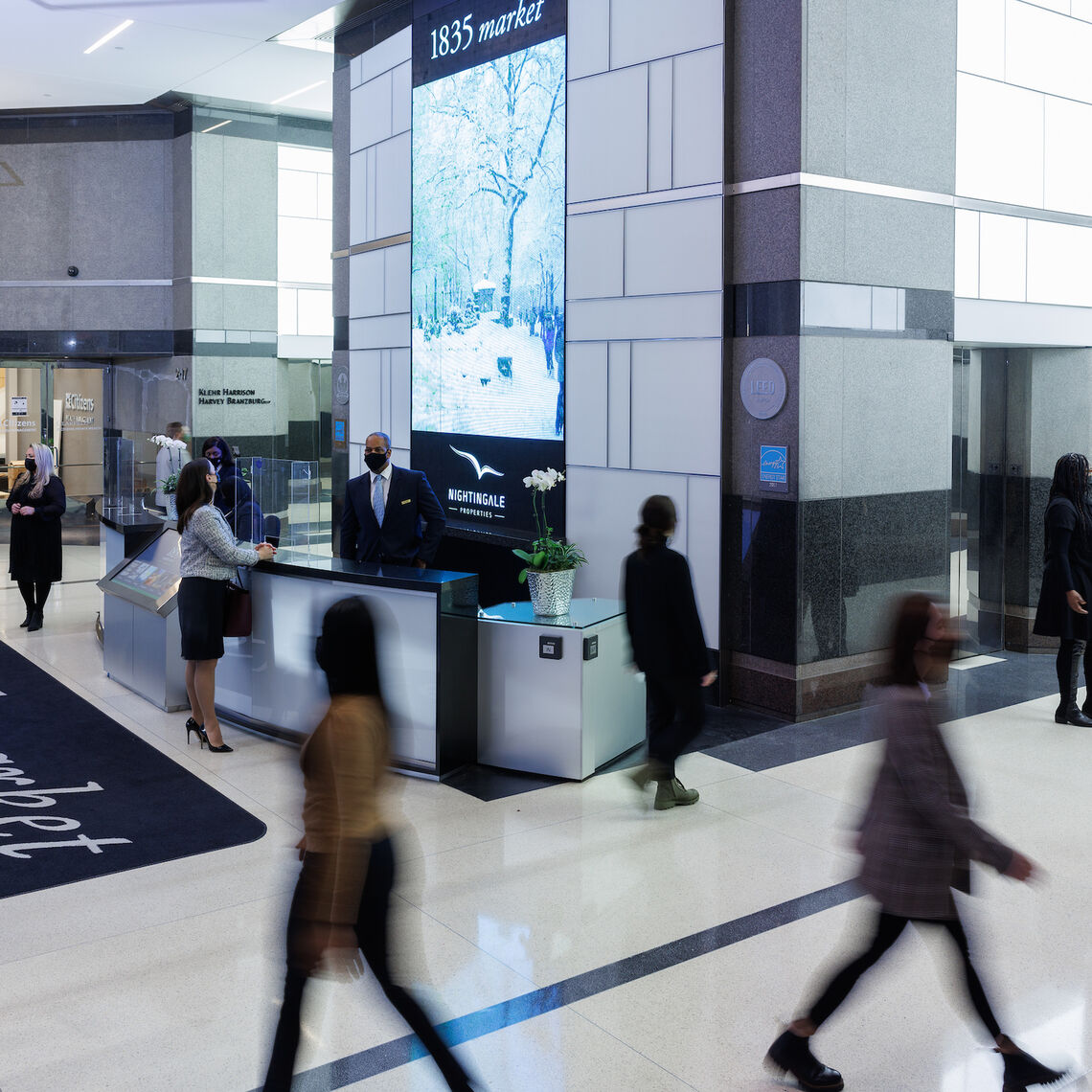 What Does the Future Hold for the Downtown Office Sector?

PHILADELPHIA (February 1, 2022) – Nearly two years after Philadelphia offices were ordered to close as the first COVID-19 cases were detected locally, and more than one year after vaccinations got underway, Center City and University City companies are continuing to adapt and remain flexible, while strongly valuing the importance of in-office work and a downtown presence, according to a Center City District (CCD) survey.

CCD distributed a survey to Center City and University City employers to gauge their current stance on in-office and remote work, their plans for the first quarter of 2022, and factors they were weighing in making workplace decisions. To read or download the survey, visit centercityphila.org/return-to-work-survey-february-2022.

The brief survey was distributed electronically January 4-21 to Central Philadelphia Development Corporation members, CCD board member firms and was forwarded by the Building Owners and Managers Association to many other downtown office tenants. A total of 250 companies and organizations received the five-minute survey and 114 responded (45.6%). The respondents represent a broad cross-section of industries and workforce size in Philadelphia; collectively they employ approximately 24,700 workers.

The survey found that during the first quarter of 2022, 37% of firms planned to require a minimum of a number of days for workers to be in the office, increasing from 33% in the last quarter of 2021. Of those firms requiring a minimum number of days in the office per week, 41% are requiring three days, while the balance is fairly evenly split between requiring one, two, four, and five days. In sum, 29% will require one or two days, 41% will require three days and 32% plan to require four to five days in the office.

Asked to score a series of factors influencing their decisions on remote or in-office work, the top three factors given by companies to support the continuation of some level of remote work were continuing health safety concerns due to COVID variants, followed by the ability to retain existing employees and attract new ones, followed by the continuing uncertainty about schools and child-care for parents.

When asked to rank factors in favor of requiring some level of in-office work, the top three factors stated by respondents were the value of face-to-face meetings for collaboration with colleagues as most important, followed by a better ability to supervise and mentor staff and convey company culture, followed by professional development for all staff.

Asked about their anticipated need for office space, 79% plan to keep or expand their current amount of space (63% of all respondents expect to need the same amount of square footage for office space in Philadelphia and 16% expect to expand). Among the 21% who anticipate reducing their footprint, 57% cited the reason as greater long-term reliance on remote work.