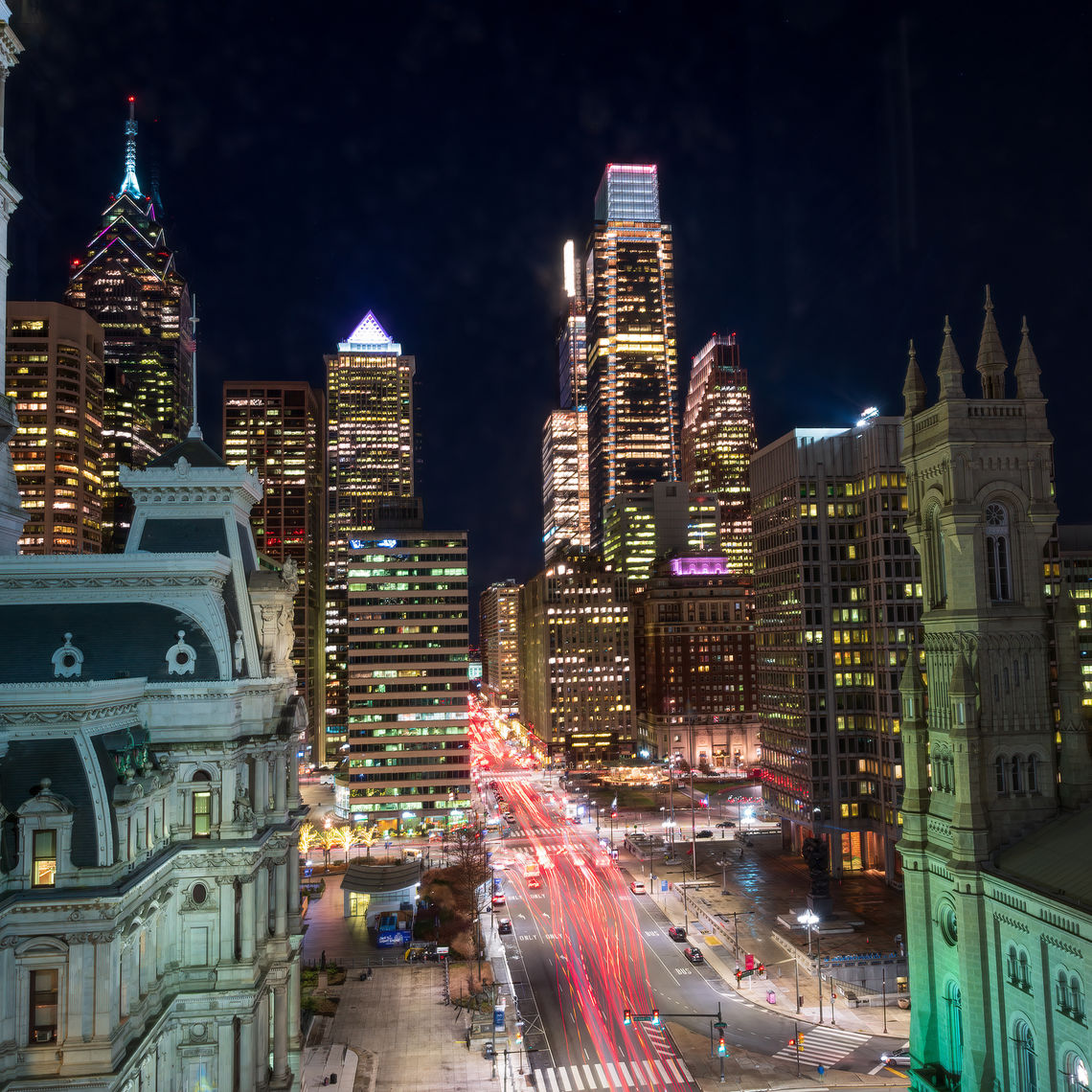 CCD report suggests that Philadelphia should increase its commitment to quality of life investments and resume its prior commitments to tax reduction, in order to retain and attract residents and businesses and spur widespread and inclusive private-sector job growth

PHILADELPHIA (March 5, 2020): After decades of struggling against the forces of decline, Philadelphia enters the 2020s facing the new opportunities and challenges of managing and expanding the benefits of growth. Center City District’s new report, Investing the Proceeds of Growth, looks at the City’s budget and tax policies for the last two decades to help frame an evaluation of the spending priorities outlined in Mayor Jim Kenney’s proposed FY 2021 Budget, as the Kenney administration seeks to allocate more than a $1.6 billion (27%) increase in city spending (in inflation adjusted dollars) since 2010.

While many cities have seen tax revenue increases during this 10-year economic expansion, the new report looks at the ways this revenue surge might be spent:

These strategies, which have been pursued to different degrees by each of our last three mayors, each exemplify a theory of change, focusing on different levers to achieve policy goals.

With limited resources, however, the report defines the issue as one of public policy choice: not choosing one strategy to the exclusion of another, but instead deciding the appropriate emphasis (and commitment of resources) to place on each and then forging a blended approach that secures the most prosperous future for all city residents.

Investing the Proceeds of Growth finds that during the last 20 years the City has placed a greater emphasis on Strategy 1, but has decreased the size of quality of life, economic development and competitiveness investments that can retain and attract more residents and businesses, and provide a much broader tax base to realize Strategy 1 goals.

The report calculates that through the end of 2018, the City was allocating 50% of its operating expenditures to Strategy 1 (which includes many costs that Philadelphia must carry as a county and a city), 10% to Strategy 2, and just 0.16% to Strategy 3 through reductions in the wage and business tax rates. Another 23% of the budget goes to pension and other employee benefit costs.

The report thus recommends a greater emphasis on Strategies 2 and 3 in the next four years, in order to retain and attract more residents and businesses, while creating more family sustaining jobs for all residents. The report provides a metric and offers a strategy to restore significant wage and business tax reduction on par with the level of effort during the Rendell and Street administrations and the pre-recession years of the Nutter administration.

From 1996 to 2010, the amount of revenue collected and not spent on services but dedicated instead to wage and business tax reductions, in constant 2019 dollars, ranged between $9 million and $38 million/year for 15 consecutive fiscal years and averaged $19.3 million/year. Tax cuts in any single year were never more than 1% of total General Fund obligations. The actual revenue impact of tax rate reductions ranged from 0.23% to 0.98% of General Fund spending, and averaged 0.47% of the budget. Since tax reduction resumed in FY 2014, the commitment has averaged just $5 million/year and is just 0.16% of expenditures in FY 2020.

Kenney’s proposed 2021 budget maintains the primary emphasis on Strategy 1, with modest increases in most public safety, health and human services programs, and a large reserve for future labor costs, potential salary increases and benefits for the expanding number of employees. Regarding Strategy 2, the budget includes modest additional funds for street cleaning, libraries, transit and low-income rental assistance. The largest new investments are in education, with an additional $20 million for Community College and a $45 million increase in the subsidy to the School District.

With the exception of the education changes, the proposed budget does not alter the modest resource allocation of 13% to Strategy 2 – services that promote economic development and quality of life for all Philadelphians.

In addition, the 2021 budget and FY 2021-2025 Five-Year Financial Plan makes no change to the very minimal yearly decreases in the wage tax. The Five-Year Plan does include a more rapid reduction in the business income and receipts tax (BIRT) net income tax in its final two years (2024-2025), with the tax rate declining to 5.5% by 2025. For the next three years, however, the plan does not increase the city’s investment in economic growth through tax reduction.

“Put simply, funding for schools social services is essential to meet the needs of Philadelphia’s residents. However, it is not sufficient to secure a future with more well-paying job opportunities,” said Center City District President Paul R. Levy. “Philadelphia should be investing more in stable neighborhoods and services that improve the quality of life for all, and resume its commitment to a more competitive tax structure through significant, predictable and ongoing reductions to wage and business taxes.”

Rather than lock in a schedule of rate reductions that may be unachievable in time of contraction, the report suggests allocating reductions as a percentage of total annual expenditures. If tax revenues rise, so does the amount committed to tax reduction. If revenues fall, the amount would be curtailed.

For BIRT, if the entire competitiveness investment were allocated to lowering the net income tax, under the moderate scenario the rate would drop from 6.20% in 2020 to 5.50% in 2025. Under the stronger scenario, BIRT’snet income rate would be lowered to 4.81% in 2025.

Among the report’s key takeaways:

For additional details, download the report – Investing the Proceeds of Growth: City of Philadelphia Budget Choices: 2020–2024 or a presentation of the report summary.

Center City District, a private-sector organization dedicated to making Center City Philadelphia clean, safe and attractive, is committed to maintainingCenter City’s competitive edge as a regional employment center, a quality place to live, and a premier regional destination for dining, shopping and cultural attractions. Find us on Facebook and Twitter.