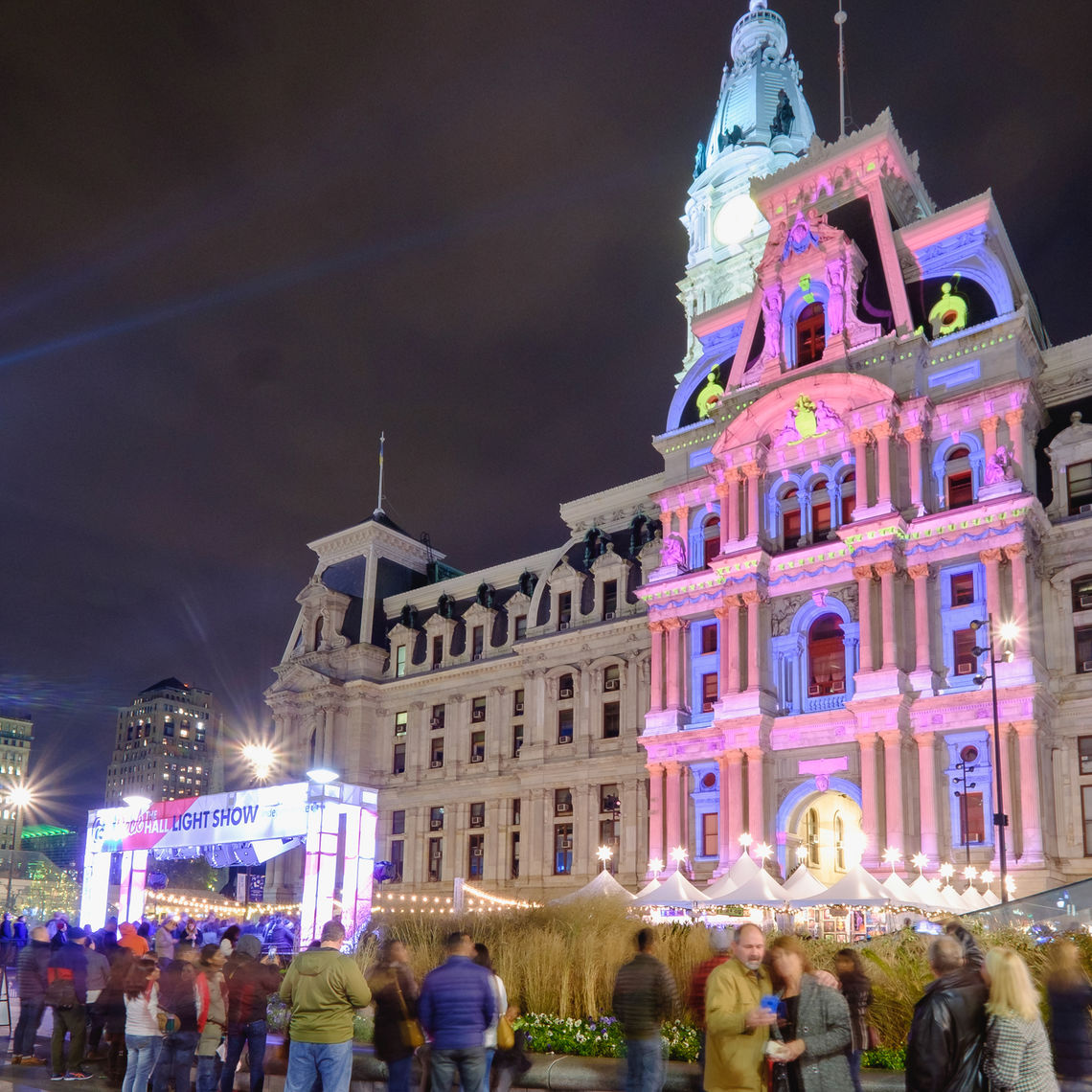 More than 1 million people visited Dilworth Park in December, up 14% from 2016; attractions and activities at the Park continue through the end of February

PHILADELPHIA (January 4, 2018) – For the second December in a row, more than 1 million people visited Dilworth Park at City Hall. Despite daily sub-freezing temperatures during the holiday week at the end of the month, visitation to the park in December 2017 was 1,272,590, an increase of 14% from the park’s 1,115,548 visitors in December 2016.

Now celebrating its fourth year, Wintergarden at Dilworth Park has hosted the Rothman Institute Ice Rink, the Rothman Cabin, the Made in Philadelphia Holiday Market and the America’s Garden Capital Maze and debuted a new holiday attraction, the Deck the Hall Light Show presented by Independence Blue Cross and co-produced by 6abc.

All these activities and amenities made it one of the most popular spots in Center City during the bustling holiday season. An average of 41,051 people each day entered or stayed in Dilworth Park during December 2017, up from an average of 35,985 daily visitors in December 2016. The park also set a one day record for visitors on Saturday, December 2, 2017 when 72,342 people visited Dilworth.

From the Wintergarden’s opening day on November 10 through December 31, just over 48,000 skaters took to the ice of the Rothman Rink and more than195,000 visitors strolled through America’s Garden Maze.

Weekly programs in the cabin and rink include:

Special events at the rink include:

Special events at the cabin hosted by the Pennsylvania Horticultural Society:

Since the CCD first opened Dilworth Park in 2014, new attractions have been added for each winter season. In 2014, the park began with only an ice rink. In 2015, the Rothman Cabin and holiday markets were added. In 2016, the Cabin area was expanded and the Maze and the City’s Christmas tree were added, further enhancing the attractiveness of the park. The Deck the Hall Light Show presented by Independence Blue Cross was the newest addition in 2017.

The Wintergarden at Dilworth Park is presented by Rothman Institute and Independence Blue Cross and supported by Live Nation, Temple University, Capital One and 6abc. America’s Garden Capital Maze is supported by the William Penn Foundation and Temple University Ambler. Deck the Hall Light Show is presented by Independence Blue Cross and co-produced by 6abc. The Rothman Cabin, presented by Rothman Institute and operated by Brulee Catering, exclusively features Effen Vodka and Hornitos Tequila, and Victory and Stella Artois beer.

Dilworth Park has convenient access from official ride share partner Lyft or SEPTA’s bus, trolley and Broad Street or Market Frankford lines. Free in February is presented by Capital One. (Free in February passes are valid Monday through Thursday and do not include skate rental.)

For more information on the continuing activities at Dilworth Park, visit dilworthpark.org.