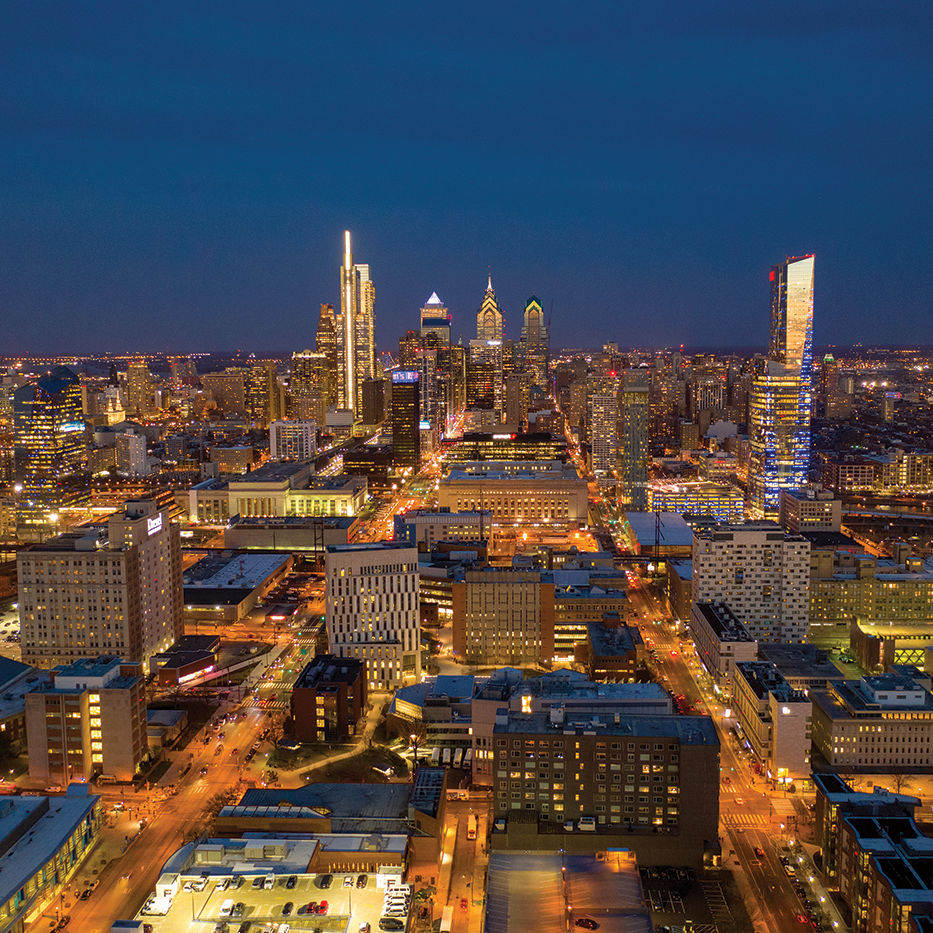 Philadelphia is enjoying the longest period of economic expansion since the end of the Second World War, adding jobs every year since 2009 – 71,100 in total. The 15,400 jobs that Philadelphia added in 2018 represents the city’s biggest one-year gain since the Bureau of Labor Statistics began tabulating statistics in 1969.

Center City is a prime driver of Philadelphia’s economy, holding 42% of city jobs. Positioned at the center of a multimodal regional system, consisting of  13 rail lines, three rapid transit lines, five trolley lines and 29 bus routes, transit brings nearly 300,000 passengers downtown every weekday. Public transit makes downtown density possible and enables more than 1 million residents of the city and  surrounding counties to live within one mile of a rail station, connecting them to Center City’s employers, restaurants, retailers, healthcare services, and arts and cultural institutions. Center City is also served well by a regional highway network, connecting seamlessly to the major routes on the Interstate system. Our international airport is just 15 minutes away.

Education and health services, the largest sector citywide, is the second largest sector downtown, accounting for 20% of downtown’s jobs – 61,000 in total.

Greater Center City has capitalized on the growing national preference for diverse, walkable, live-work neighborhoods. It has become the fastest growing section of Philadelphia with an estimated 193,000 residents in 2018 – up 22% since 2000. Strong employment growth and positive demographic trends spurred the construction of 26,195 new housing units since 2000, including a record 2,810 in 2018.

Despite this rebound, Philadelphia has 21% fewer jobs than in 1970 and is still 22,900 short of its 1990 employment mark. Boston and New York City, like Philadelphia, both lost 85% to 90% of their 1970 manufacturing jobs. However, both have added many more post-industrial positions and are now 26% and 14%, respectively, above their 1970 job levels. Slow growth is what largely accounts for Philadelphia’s much higher poverty rate – at 25.7%, it is second only to Detroit among the top 25 largest cities in the United States.