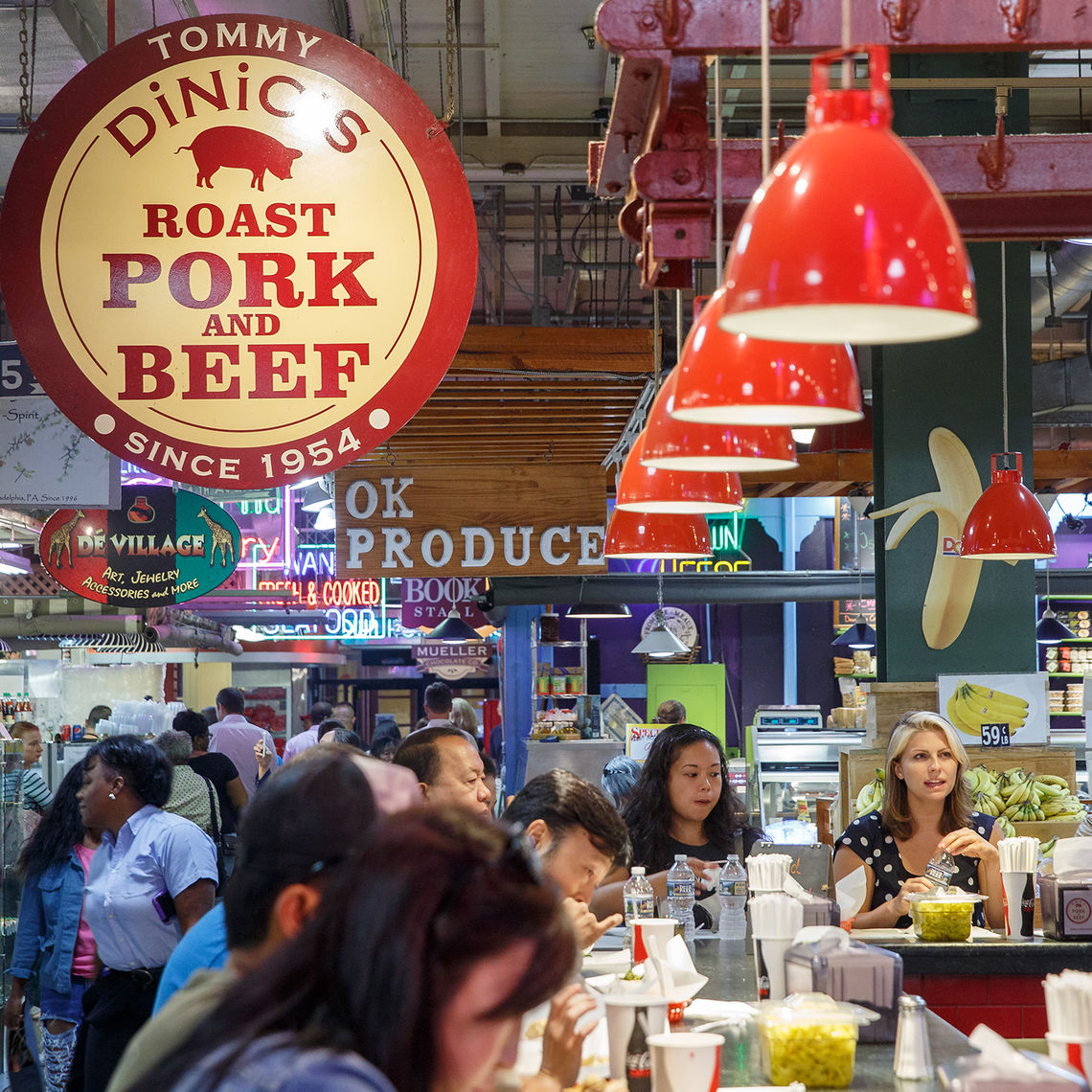 Head over to Reading Terminal’s northwest corner and watch as Pennsylvania Dutch merchants based out of Lancaster County cut, fill and frost fresh donuts at Beiler’s or sit down at Dutch Eating Place for a warm apple dumpling served with a cool splash of heavy cream.

The market is centrally located steps away from famed Philadelphia attractions including the Pennsylvania Convention Center, Independence Hall, and the Liberty Bell. Come stroll through twelve aisles and four avenues of fragrances and flavors; Philadelphia’s Reading Terminal Market is a must-visit dining destination unlike any other in the world.