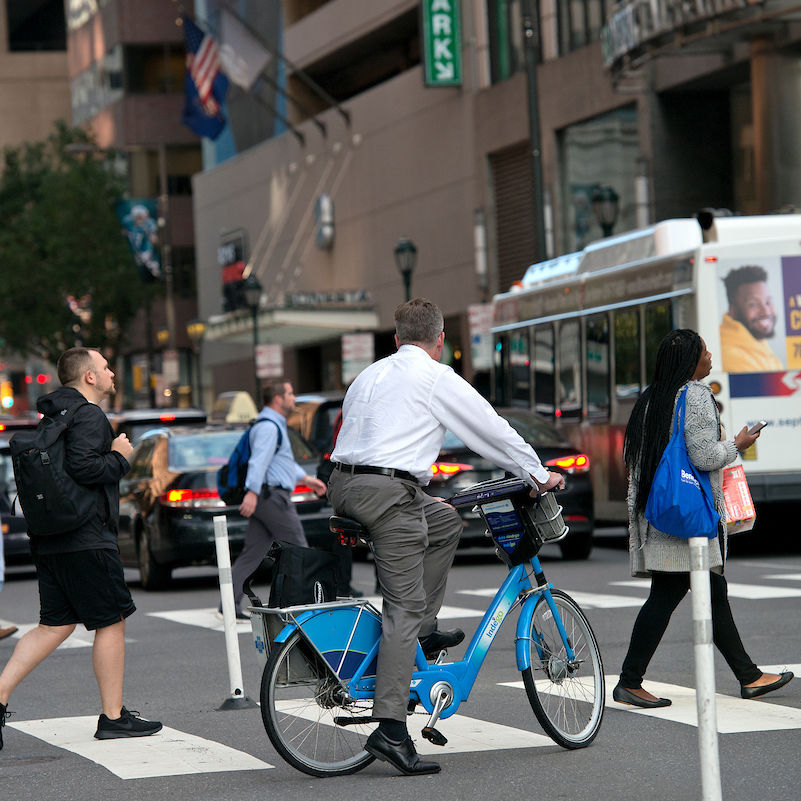 Cities across the United States have been recalibrating their streets to accommodate increasing levels of bicycling. In the last decade Philadelphia has added over 300 miles of bike lanes, introduced the Indego bike share program and doubled the cycling mode share from 1.2% to 2.6% citywide. Within Center City and South Philadelphia, mode shares for cycling have risen to 7.3% and 8.1% respectively, according to the 2017 American Community Survey performed by the US Census Bureau.

In the past two years however, cycling growth appears to have reached a plateau. Center City District’s early October 2018 counts of morning bicycle commuters entering Center City from the south declined 18% from 2016 levels, returning approximately to where they were in 2014. While weather may have been a factor, Indego bike share trips for the first nine months of 2018 were also down 15% compared to the first nine months of 2017*.

* Surveyors were positioned north of Spruce Street on each street heading into Center City from the south, as well as the ramp from the South Street Bridge to the Schuylkill River trail. Counts were conducted during the morning rush hour (8 a.m. to 9 a.m.) on four weekday mornings, October 3-4 and 9-10, 2018. The weather was overcast and humid. Figures shown are four-day averages.Observed daily counts showed little variation day-to-day, generally diverging from the average by less than 10%.