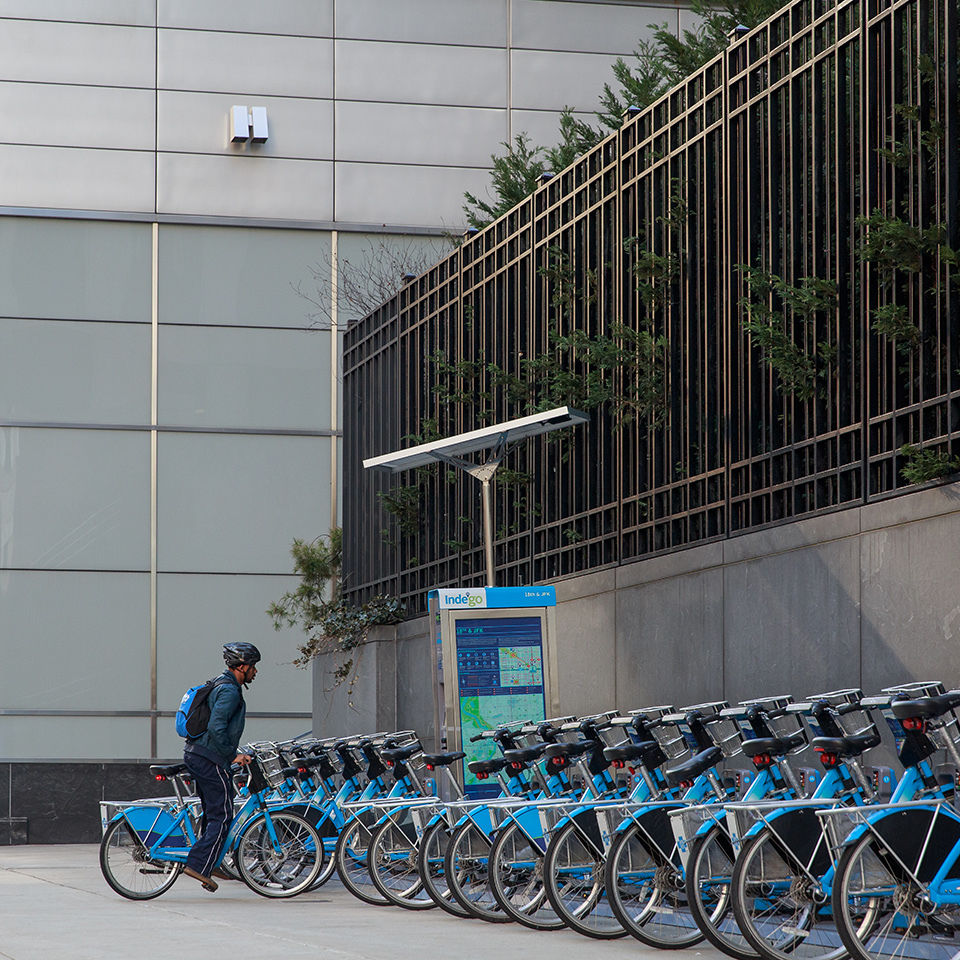 Bicycle Commuting Up 79% in Greater Center City Since 2010

PHILADELPHIA (October 17, 2016) – Philadelphia’s dense, compact live-work downtown and relatively flat topography are excellent preconditions for bicycle commuting, especially for the 42% of working residents who live and work in Greater Center City. A mid-September survey conducted by the Center City District (CCD) showed the number of bike commuters was up 22% over the CCD’s last count in 2014, and up 79% since CCD began surveying bicycle commuting patterns in 2010.

On 11 northbound streets, plus the South Street entrance to the northbound Schuylkill River Trail, 1,400 bicyclists entered downtown during the weekday peak morning rush hour, 8:00 a.m. to 9:00 a.m., with new highs observed on every street surveyed. The only two streets with dedicated bike lanes, 13th and 22nd Streets, remained most used, accounting for 37% of all rush hour cyclists, a dominant position they have occupied in all annual surveys. Indego bike share, introduced in Philadelphia in April 2015, constituted 6% (an average of 87 per day) of bicycle traffic observed during the morning rush hour.

Most of Greater Center City’s 41 miles of bike lanes are situated next to on-street parking – typically without a buffer, such as plantings or plastic bollards used in other cities – which puts cyclists at risk of collision with an opening car door. Only 18% of Center City’s bike lanes are buffered.

With the growth of bicycle commuting, the Kenney Administration’s new Complete Streets Commissioner has a major opportunity to shape a balanced transportation system that can accommodate all modes.

The Center City District, a private-sector organization dedicated to making Center City Philadelphia clean, safe and attractive, is committed to maintaining Center City’s competitive edge as a regional employment center, a quality place to live, and a premier regional destination for dining, shopping and cultural attractions. Find us at centercityphila.org and on Facebook andTwitter.