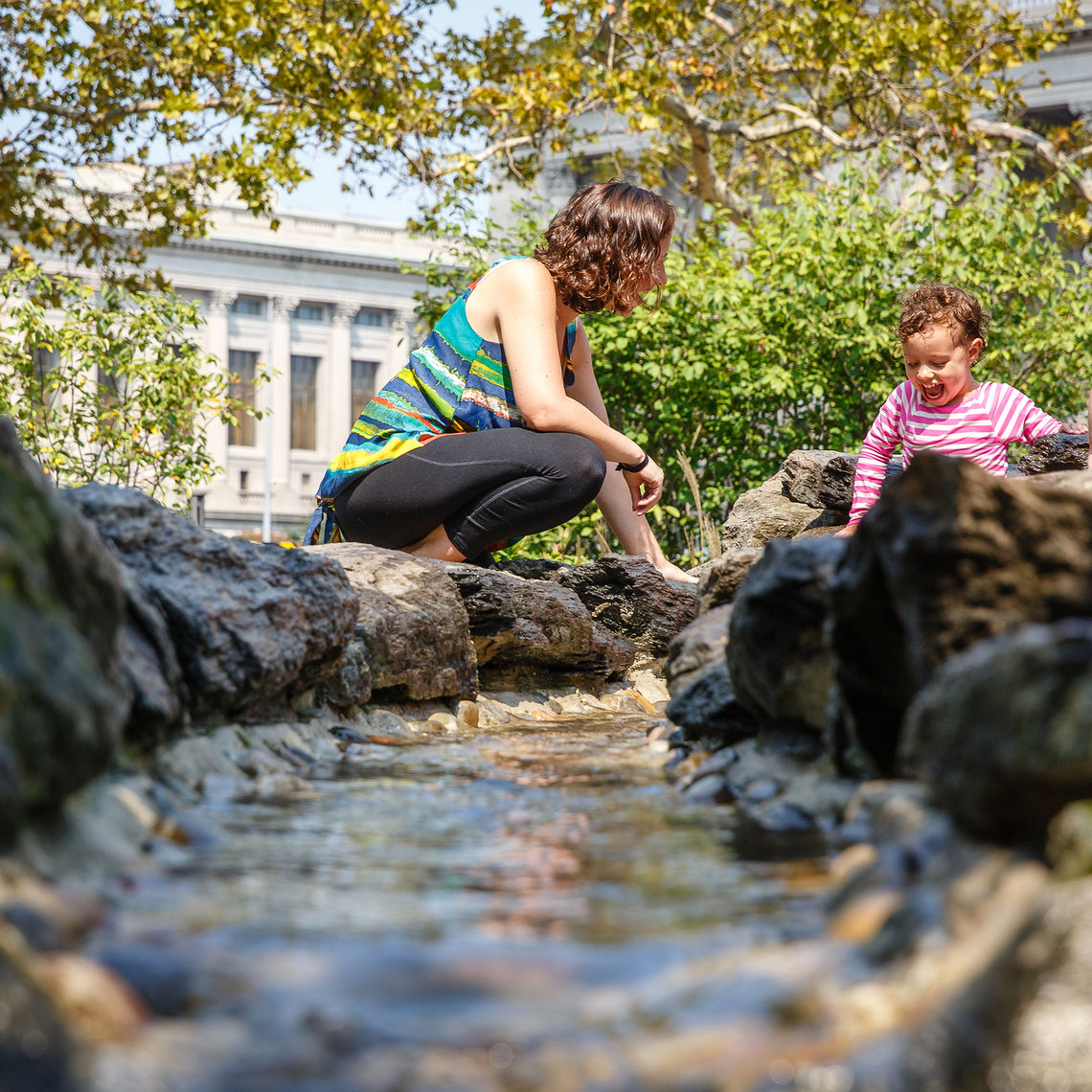 A Foundation for the Future

In 2016, we celebrate two important milestones in the transformation of Center City: the 60th anniversary of the Central Philadelphia Development Corporation (CPDC) and the 25th anniversary of the Center City District (CCD). It’s a moment to reflect on decades of accomplishments, an opportunity to focus on the future and the year in which we launch the Center City District Foundation as a vehicle to fund the next phase of public improvements.

Old Philadelphia Development Corporation (OPDC) was founded in 1956 as a partnership between business and civic leaders and Mayor Richardson Dilworth. Center City then was the headquarters for fading manufacturing firms, the setting for department stores losing market share, a place whose banks were soon to be purchased, and where a declining central waterfront bordered the squalid Dock Street markets. Residential deterioration and abandonment plagued redlined neighborhoods; thousands of residents were beginning to depart for the suburbs in a process that would reduce the city’s population by 600,000.

While many concluded old cities were dying, OPDC’s mission was to reverse those trends. Etched into the granite at two entrances to the park that bears his name at City Hall, we placed two quotes from the 1950s from Richardson Dilworth. At 15th and JFK: “Some cynics say our big cities should be eliminated. But you cannot have a lot of suburbs sprawled out in search of a city.”

Simple to say today; but it appeared wishful thinking to many in 1959. It takes transformational vision and a commitment to the hard work of implementation to remake cities.

On the south side of City Hall, on the walkway that links the Avenue of the Arts to Dilworth Park is a second quote: “Once you get renewal started, it spreads out like a fan and benefits much greater sections of the city. It helps bring people back from the suburbs.”

Today, 43% of all jobs in Philadelphia are located in Center City; 25% of the working residents of every Philadelphia neighborhood work downtown; 60% of these jobs are available to those without a college degree.

When OPDC changed its name in the 1980s to CPDC and began to advocate for the Avenue of the Arts and a private-sector-sponsored management district, Center City was a 9-to-5 downtown, reeling from the loss of federal funds.

When the Center City District was launched in 1991, new office buildings, healthcare and educational institutions, first envisioned in the 1960s, had replaced much of the old economy. Historic housing was being restored and reoccupied. But the public environment was in disarray, plagued by graffiti. Sidewalks were dirty by day; dark, empty and foreboding at night.

Today, Center City is the fastest growing residential portion of Philadelphia. More than 40% of the residents living between Girard Avenue and Tasker Street work downtown.

Change takes time. When the CCD was created with the simple mission of clean and safe, no one imagined that 25 years later we would have invested over $135 million in lighting, landscaping, and directional signs, and transformed four public spaces into beautiful, well-used parks. Renewal spreads out like a fan. CCD pedestrian-scale light fixtures have become the standard for commercial districts across the city. CCD’s pedestrian wayfinding system has extended into University City and South Philadelphia.

There is a lag between cause and effect. Gas prices at 30 cents a gallon throughout the 1950s and 1960s fueled decades of sprawl. Prices spiked in 1974. Still, as late as 1970, 70% of the regional office space across the country was located in central business districts. By 2010, 75% of commercial office space had decamped for the suburbs. But the tide has clearly turned. Investments made decades ago took time to yield dividends. In the digital age, everything accelerates. Commitments made today can reshape Philadelphia for decades to come.

To commemorate these landmark anniversaries in 2016, we are launching a repurposed Center City District Foundation (CCDF). The CCDF was created in 1992 as a 501(c)3 tax-exempt nonprofit organization to provide technical assistance to neighborhood commercial corridors throughout Philadelphia. With initial funding from The Pew Charitable Trusts, the goal was to transfer experience from the CCD to more than a dozen other special districts that have formed across the city.

Since then, CCDF has served as the conduit for the Campaign for Real Change, urging the public to give, not to panhandlers, but to employment and housing programs that provide real change for recovering homeless individuals. CCDF has been the medium for businesses and individuals to contribute more trees to Center City sidewalks through Plant!Philadelphia.

When the William Penn Foundation transferred ownership and management responsibility for John F. Collins Park on the 1700 block of Chestnut Street, the vehicle was the CCDF. From 2012 to 2014, the Foundation served as the channel for charitable contributions that helped build Dilworth Park.

Major investments by businesses, individuals and institutions have transformed Center City. Assessments, member contributions, local foundations and government grants have fashioned the walkable public environment that attracts businesses and residents today. But there is so much more to do! The CCDF is now repositioned to be Center City’s charity of choice to implement ideas generated by CPDC and augment programs managed by the CCD. Its goal: to enhance competitiveness and the quality of life and to fashion a more expansive and inclusive downtown Philadelphia.

For long-time residents or those who have moved back to a thriving Center City, rich with cultural and dining alternatives, think how much better a place you can leave to your children and grand-children, by supporting improvements to CCD parks and by adding new amenities like the Viaduct Rail Park. For businesses eager to retain and attract talent, think of the public amenities, landscaped boulevards, gateways and quality spaces that define great cities. Both donor and sponsorship opportunities are available. Those seeking to commemorate a family member or a friend can read on page 4 how employees from a downtown firm honored the memory of one of their colleagues. For those committed to reducing Philadelphia’s appalling high unemployment and poverty rates, learn about the employment opportunities CCD creates in the story on page 6 of the Digest.

The CCDF will be led by an expanded board of directors, chaired by Gerard Sweeney, CEO of Brandywine Realty Trust. Its executive director will be Nancy Goldenberg. Additional board members will be announced shortly. To become part of Philadelphia’s success and to learn about the diverse projects that you can support through tax-deductible contributions to the CCDF, visit supportccdf.org.

Great cities do not happen by accident. They are not only the result of market forces. They are the creation of dedicated leaders and community members; they are the product of the decisions, contributions and investments we make. They provide pathways to opportunity for all; they are the legacy we leave for the future.