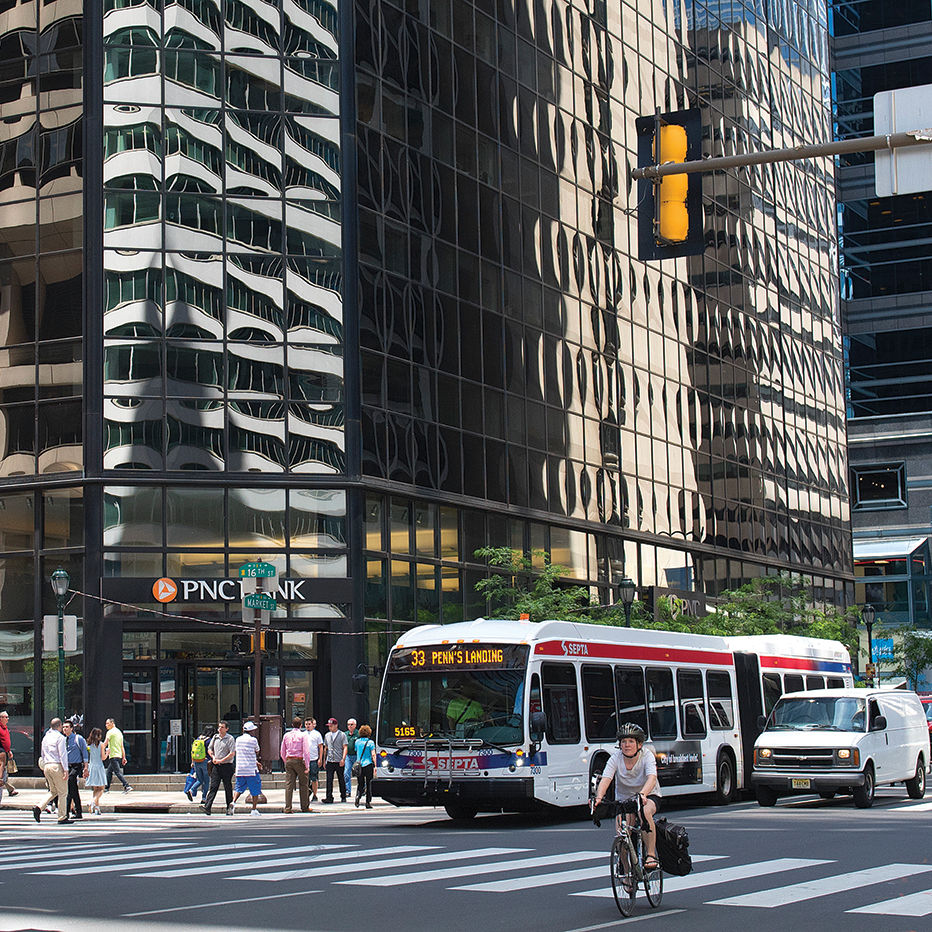 Philadelphia has taken a giant step towards competitiveness.

On June 27, the Pennsylvania House of Representatives approved HB 1871 with a decisive, bipartisan vote of 170-25. On July 1, the Senate followed with a margin of 47-2 to amend the Pennsylvania constitution to enable Philadelphia to assess properties used for business purposes at a 15% higher rate than residential, so long as incremental revenues are dedicated 100% to wage and business tax reduction. The bill must pass again in the 2017 legislative session and then be placed on the ballot for voter consideration. Amending the state constitution is not meant to be easy.

The plan, supported by Mayor Kenney, and advanced by the Philadelphia Growth Coalition, a broad alliance of business and labor, aims to grow jobs by implementing the prime recommendation of the 2003 and 2009 tax commissions,

while ensuring no gap opens in the City’s budget. Both commissions concluded that Philadelphia could best reverse job decline by shifting support for municipal government from an over-reliance on wage and business taxes to broad-based taxes on what doesn’t easily move: land and improvements.

How We Got Here

Like most cities, Philadelphia relied on the property tax until the 1930s Depression undermined land-values throughout the city. In 1939, City Council introduced a “temporary” 1.5% wage tax when Philadelphia was still the dominant place of employment in the region and jobs were concentrated in manufacturing establishments with fixed capital investments, tied to railroads and the port.

But the industrial sector declined precipitously after World War II, from a third of city jobs in 1950 to 3.3% today. Highways and trucks enabled jobs and residents to disperse to the suburbs, undermining the economic base of many neighborhoods. From 1970 to 2014, the city’s regional employment share fell from 45% to 24%.

To compensate, in the 1960s and 1970s, elected officials  repeatedly raised the wage tax to a peak of 4.96% in 1990, only further accelerating job flight. In the 1980s, a “business privilege tax” was levied on both gross and net

business revenues.  But local government avoided raising the property tax, especially on residents, until it was compelled to carry out a comprehensive re-evaluation only in the last five years.

Since 1996, Philadelphia has made progress reversing these trends, but not enough to alter regional competitiveness. Municipal government still derives 63% of local tax revenue from wage and business taxes, but only 20% from real estate taxes, well below national averages. The wage tax is still four times higher than the suburban average; business taxes make it 20%-30% more expensive for small and large businesses to locate in the city; but the real estate tax is just two-thirds of the regional median. (For the depressive effect on office rents, see the multi-city comparison in the Office chapter of the 2016 State of Center City report. Correspondingly, reducing business and wage taxes will have a positive effect on commercial real estate demand, rents and assessed values.)

In the last 40 years, Center City and University City have emerged as vibrant, dense, live-work, post-industrial employment centers, holding 53% of all city jobs. Their success has halted Philadelphia’s decline in regional job share. But particularly in Center City, the expansion of highly mobile, costsensitive firms is neither strong enough, nor matched by sufficient growth in other employment nodes in the city, to enable Philadelphia to regain regional market share. The farther one lives from the gravitational pull of our two major, 21st century employment centers, the more likely one is to reverse commute to a suburban job.

While 51% of residents of Greater Center City work either downtown or in University City, only 28% of the working residents from other city neighborhoods do so. Ten percent are working in the area in which they live, but 39% reverse commute to suburbs. In Council Districts that border suburbs, the rate climbs to the low-40% range. There is a close correlation in these neighborhoods between reverse commuting and subsequent migration out of Philadelphia.

There is nothing unusual about commuting between counties within a region. But Philadelphia’s reversecommuting rate is more than twice that of New York City’s, posing significant challenges for lower-income residents, documented in a new report released by CCD and CPDC, Getting to Work: Transit, Density & Opportunity.

In Greater Center City, doing without a car is a lifestyle choice made possible by multiple transportation options, connected conveniently to nearby employment. Walking, biking, transit or summoning someone else’s car via mobile app are central to the new urban experience; 61% of downtown residents get to work without a car.

Yet for many, being car-less is not a choice but a burden and barrier to accessing regionally dispersed employment. While 93% of suburban households have cars and 61% have more than one, 33% of Philadelphia households have none. For city households below the median income ($37,460), 50% lack cars. For them, connecting to auto-dependent job centers can be a considerable challenge.

For example, 2,000 residents from North Philadelphia and Olney work in King of Prussia, where retail jobs are concentrated. For those without cars, an hour-long commute can entail a subway or bus ride to 13th and Market to connect with the 124 or 125 bus to King of Prussia. Even those with cars face a considerable financial burden. AAA estimates the annual cost of owning and operating a vehicle at $8,500, a stretch on a $37,460 median annual income.

The educational levels needed for downtown jobs are not significantly different from the requirements for suburban jobs: about a third require no more than a high school diploma; another 30% require an associate degree. The suburbs simply have more jobs and in the last 25 years, surrounding counties have steadily added opportunity, while Philadelphia, despite success in Center City and University City, has 9.4% (72,803) fewer jobs than in 1990.

The challenge comes into sharper focus when Philadelphia is viewed in a longer time frame and placed alongside East Coast peers. Boston, New York and Washington, D.C. have all surpassed the job levels they had in 1970. But Philadelphia is still 28% below employment levels from 1970. It follows – we have a higher poverty rate than our peers.

Philadelphia’s legacy transit system is a gift from the past to the present, not readily replicated at reasonable cost. SEPTA has more than $7.3 billion in capital projects in the pipeline over the next 12 years. By reinvesting in existing infrastructure and concentrating development around transit-oriented employment nodes, Philadelphia can decrease congestion and air pollution, reinforce its competitiveness and create new opportunities for disadvantaged workers.

Sixty-one percent of Philadelphians can take transit to a downtown job in less than 30 minutes.

The areas of Philadelphia with the highest rates of poverty also have some of the best transit access to downtown with the quickest commutes for those living closest to the Market-Frankford and Broad Street Lines. Overall, 43% of Philadelphia’s residents living in poverty are within a half mile of a subway stop. More downtown jobs and neighborhood jobs would dramatically reduce the time and financial burden of reverse commuting.

Some suburban centers, particularly Jenkintown, Radnor, and Conshohocken are built on rail lines. So, too, are University City and Temple University’s campuses. But the highest social returns can come from development in Center City. For those low-income, inner-city residents who are piecing together multiple transit rides to reverse commute to the suburbs, a job in Center City could reduce their commute by at least half, closer to average city residents’ commute time of 33 minutes.