The Center City District Foundation has the goal of planting 200 new trees in the central business district during the next two years through its initiative, Plant Center City.

There are approximately 2,300 street trees within the Center City District’s boundary; 700 of those trees were planted in the 1990s by the CCD, which continues to care for them. The goal of the Plant Center City program is to add 200 more and bring Center City’s total to 2,500 trees.

Thanks to a generous challenge grant provided by Center City residents Laura and Richard Vague, contributions will be matched dollar-for-dollar and donors can “adopt a tree” for only $1,250. Donations of all sizes are encouraged and will be used to maintain current and newly planted trees through pruning, watering, fertilization and pest management.

Research studies on the effects of urban greening have consistently shown that trees offer many measurable and dramatic improvements to cities. They can decrease urban air temperatures, reducing air conditioning bills for homes and businesses; they absorb carbon dioxide and other pollutants, making the air healthier; they add value to adjacent homes and businesses; they reduce stress levels and improve emotional well-being; and they increase pedestrian safety by calming traffic and reducing speeds. Trees make good business sense, too, by creating attractive, pleasant urban environments that attract shoppers and encourage them to stay longer.

Center City District plants mature, hardy 2.5-inch caliper trees that initially stand 12 to 14 feet tall and can withstand harsh urban environments, both extreme heat and cold. Many of the variety of trees planted by CCD are native and include oak, cypress, sycamore and hornbeam. New trees are planted at the times of year that ensure optimal growth – typically May and October.

More than 300 years after William Penn’s founding vision of Philadelphia as a ‘greene countrie towne’ with streets named after trees, we still take pride in his original plan with vibrant civic squares and walkable tree-lined streets. Donors to the Plant Center City program will enable Center City District to sustain Penn’s vision for generations to come.

Download the program brochure or donate online to contribute to the continued beautification and greening of downtown Philadelphia.

The Center City District Foundation would like to thank the following donors who made Plant Center City possible:

TD Bank is proud to support Plant Center City to create a healthier and more sustainable Center City. This exciting initiative will promote an inclusive, connected community and nurture a vibrant planet.

GIVING OPPORTUNITIES
To learn more about how you can support this project, please contact:
Katie Andrews
Director of Development
215.440.5529
kandrews@centercityphila.org 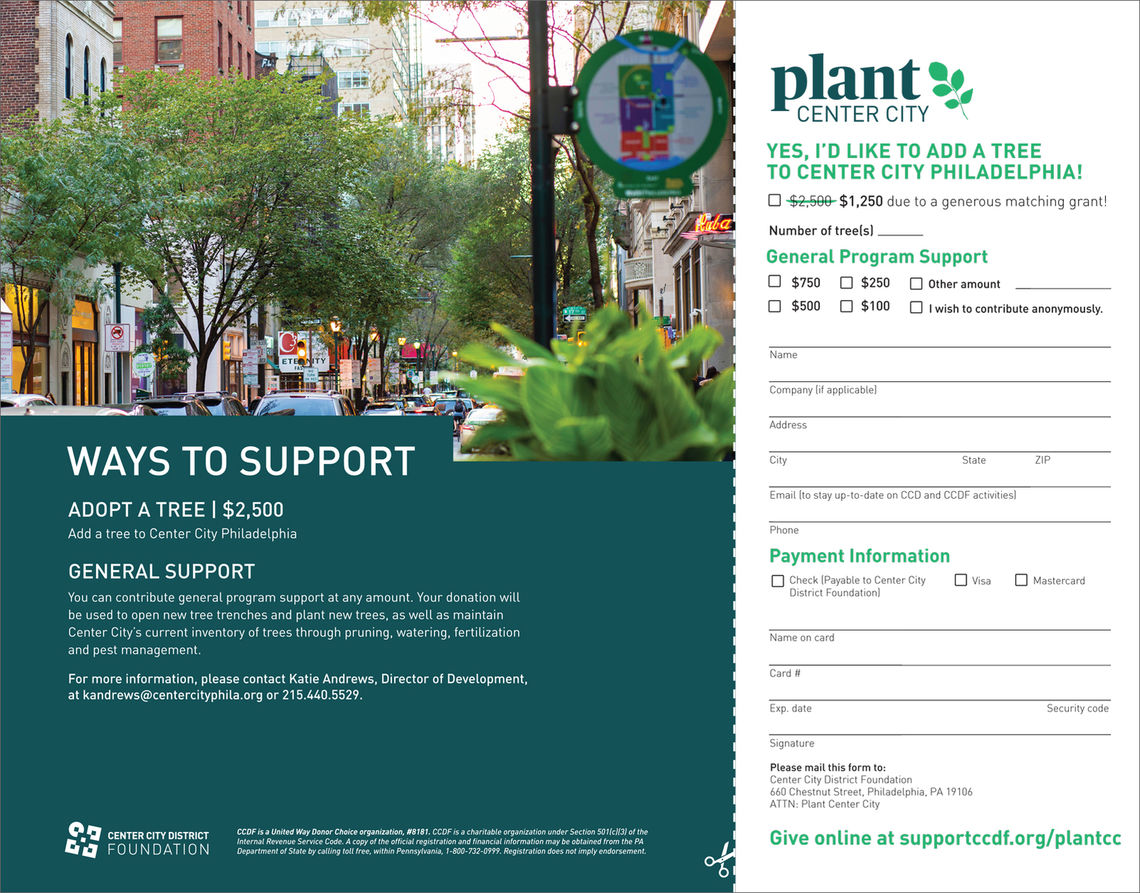 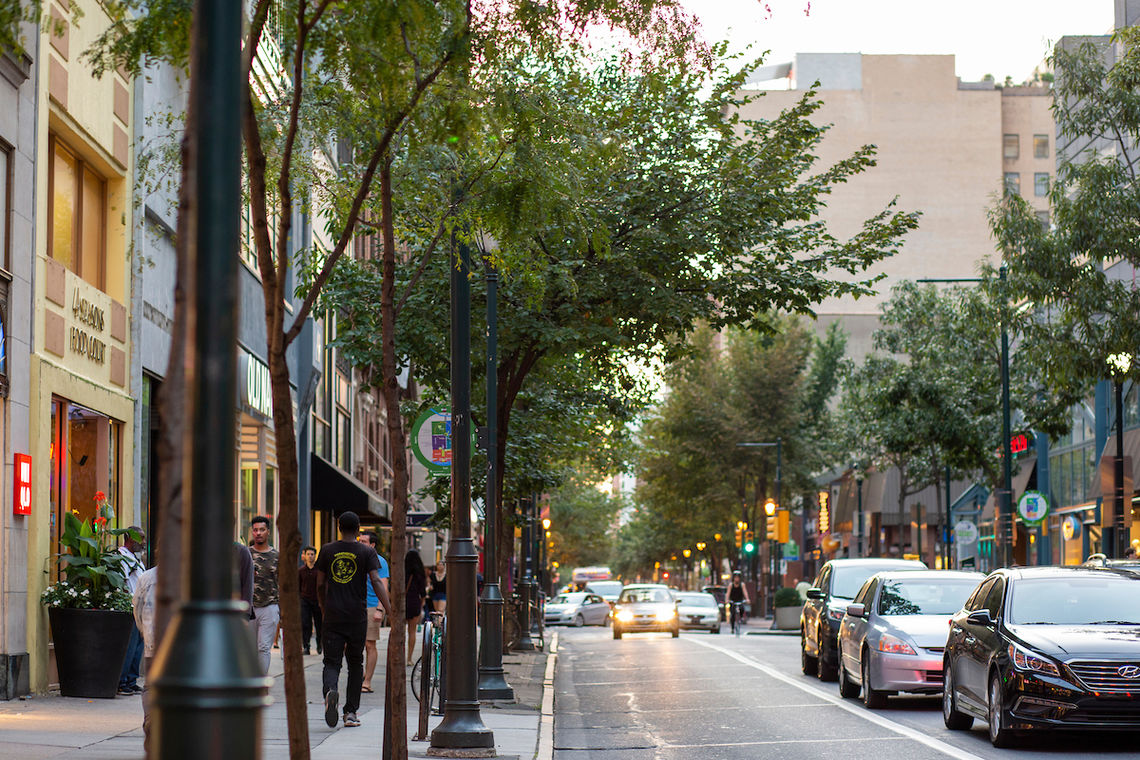