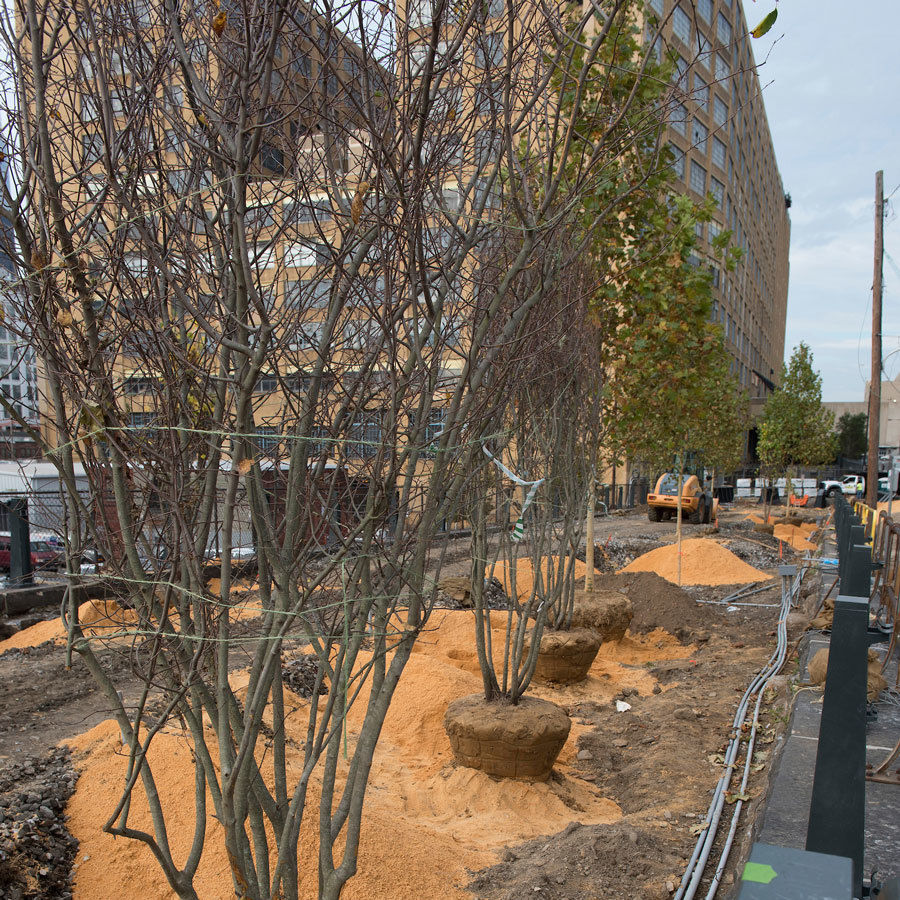 Timberland Volunteers to Spend Day of Service at Rail Park

More than 100 Volunteers From Timberland To Spend Day of Service at Rail Park
On October 13, activities will include planting of 1,100 plants, trees, shrubs

PHILADELPHIA (October 11, 2017) — The Center City District Foundation (CCDF) is pleased to welcome 100 volunteers from Timberland to the Rail Park, where they will be working on a daylong service project this Friday, October 13, significantly advancing the park’s construction.

The Center City District, which is overseeing fundraising and construction for the transformation of a portion of former Reading Railroad Viaduct into a new public green space, has completed nearly all of the structural renovation of the former train bridges and has begun to install new landscaping. In addition to State, City and Foundation funding, several major companies have made contributions to the Center City District Foundation for the renovation of the Rail Park. Timberland has gone a step further, making not only a financial contribution, but also bringing a large team of Timberland volunteers to assist with the installation of approximately 25,000 square feet of new landscaping.

Philadelphia is the second recipient of a unique urban greening initiative by Timberland: Each year the company chooses a city with a Timberland store, and matches or exceeds its retail footprint with the creation or restoration of an equivalent or greater amount of green space.

The volunteer day activities will include planting 1,100 plants, trees and shrubs, moving mulch, and more. Volunteers will include Timberland employees (including associates from Timberland’s Walnut Street store) as well as partners from Journeys, KicksUSA and Urban Outfitters. Local photo-blogger, Conrad Benner of StreetsDept.com, will also join the group as a volunteer.

Timberland will host a post-service event for the community to celebrate the Rail Park with music, food, craft beer and bourbon at Roy-Pitz Barrel House. The after-party is open to the public (tickets $15; purchase here). All proceeds raised from ticket sales will be donated to the Center City District Foundation for their continued efforts to transform the Rail Park.