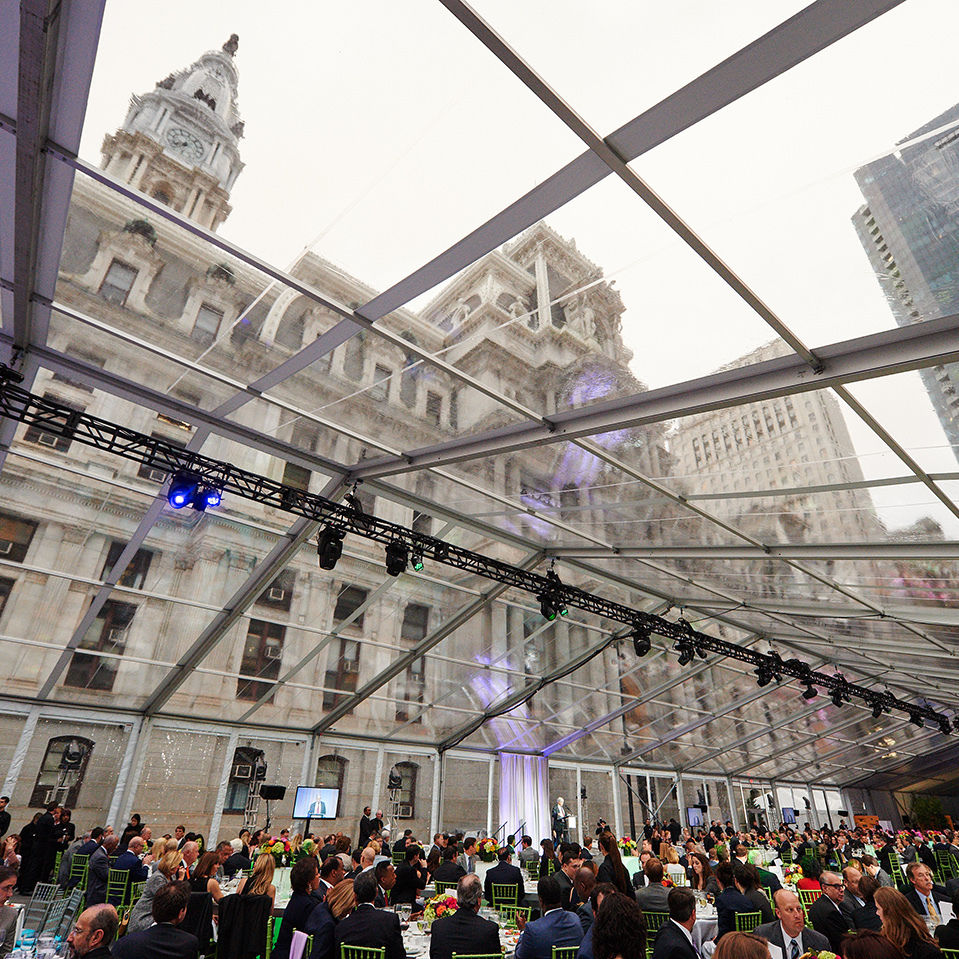 PHILADELPHIA (May 6, 2016) – Last night, at a fundraiser at Dilworth Park attended by 650 people, with many more contributing, civic and business leaders marking the 25th anniversary of the Center City District and the 60th anniversary of Central Philadelphia Development Corporation gathered as the Center City District Foundation (CCDF) announced an expanded role and new board. The fundraiser, featuring online and silent auctions, was emceed by CBS3 News Anchor Ukee Washington and raised $134,000.

First established in 1992 as a 501(c)(3) charitable organization to work in tandem with the Center City District (CCD) as a conduit for contributions to support and test new initiatives, the CCDF has expanded with a new Board of Directors, led by Gerard H. Sweeney, President, Chief Executive Officer and Trustee of Brandywine Realty Trust.

Led by Executive Director Nancy Goldenberg, the CCDF aims to be the “charity of choice” for everyone who cares deeply about expanding the ongoing transformation, prosperity and quality of life in Philadelphia. In the past, the Foundation served as a conduit for contributions that helped build Dilworth Park, expand Center City’s canopy of healthy street trees throughPlant!Philadelphia and support constructive alternatives to giving to panhandlers through theCampaign for Real Change. The CCDF was the vehicle the William Penn Foundation chose when it transferred ownership of John F. Collins Park on the 1700 block of Chestnut Street.

The CCDF’s expanded focus will include fundraising for:  • Installing the innovative Pulse interactive art experience at Dilworth Park;  • Completing the first phase of the Viaduct Rail Park;  • Enhancing Sister Cities Park to make it the country’s most celebrated park for families and children; and  • Expanding employment opportunities for disadvantaged workers.

To learn more about these and other projects, please visit www.supportccdf.org.

The Central Philadelphia Development Corporation is a membership organization of more than 100 leading businesses with a stake in the future of Center City and the region. Its purpose is to strengthen the vitality and competitiveness of Center City Philadelphia as the vibrant 24–hour hub of the Greater Philadelphia region, through planning, research and advocacy.