A beautifully landscaped plaza along the Benjamin Franklin Parkway and a great place to relax and grab a cup of coffee. 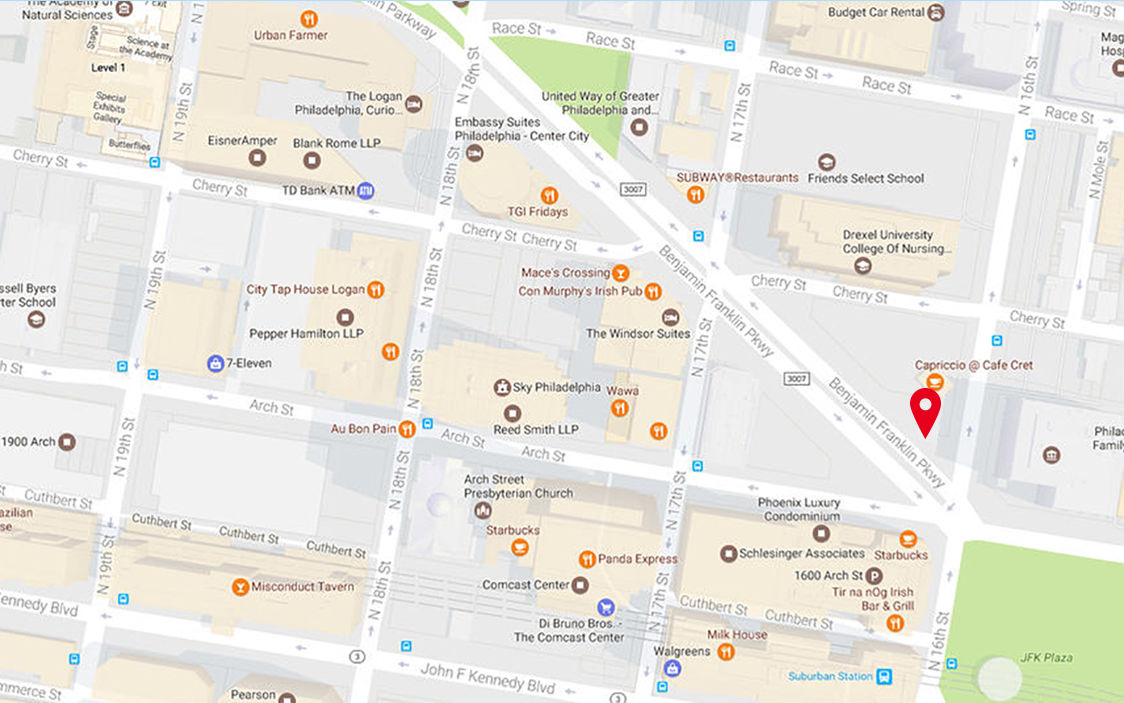 HOURS OF OPERATION:
Open 24 hours a day, 7 days a week 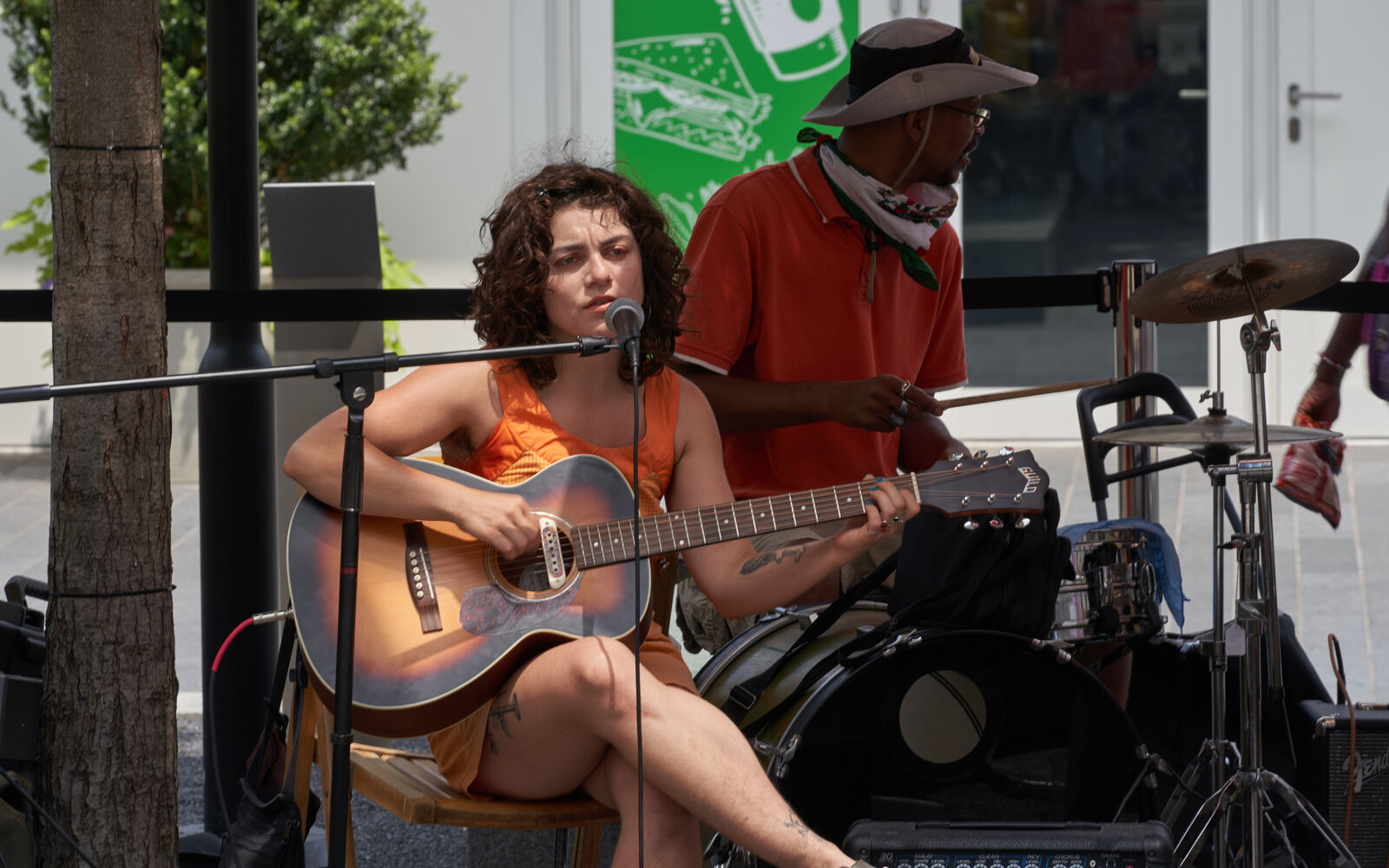 Jazz on the Parkway

Jive to the rhythm of jazz tunes on Sunday afternoons at Capriccio Café and Bar at Cret Park! Local jazz ensembles will perform as you sip your favorite cocktail under the café’s shaded outdoor patio through the end of October.

Cret Park is leased from the Department of Parks and Recreation and managed by the Center City District. Revenues generated by the café serve as a source of funding for ongoing maintenance of Cret Park and other parkland and streetscape improvements along the Parkway.

The renovation of Cret Park began in 2003, when the CCD partnered with the City and the former owner of the adjacent Three Parkway office building on a first phase of landscape improvements to this triangular park. Those enhancements were completed in 2005 and consisted of new paving, a granite seating wall at the western point of the park, new benches along the Parkway, approximately 15 new trees and seasonal flowers, a new underground irrigation system and new pedestrian-scale lights. 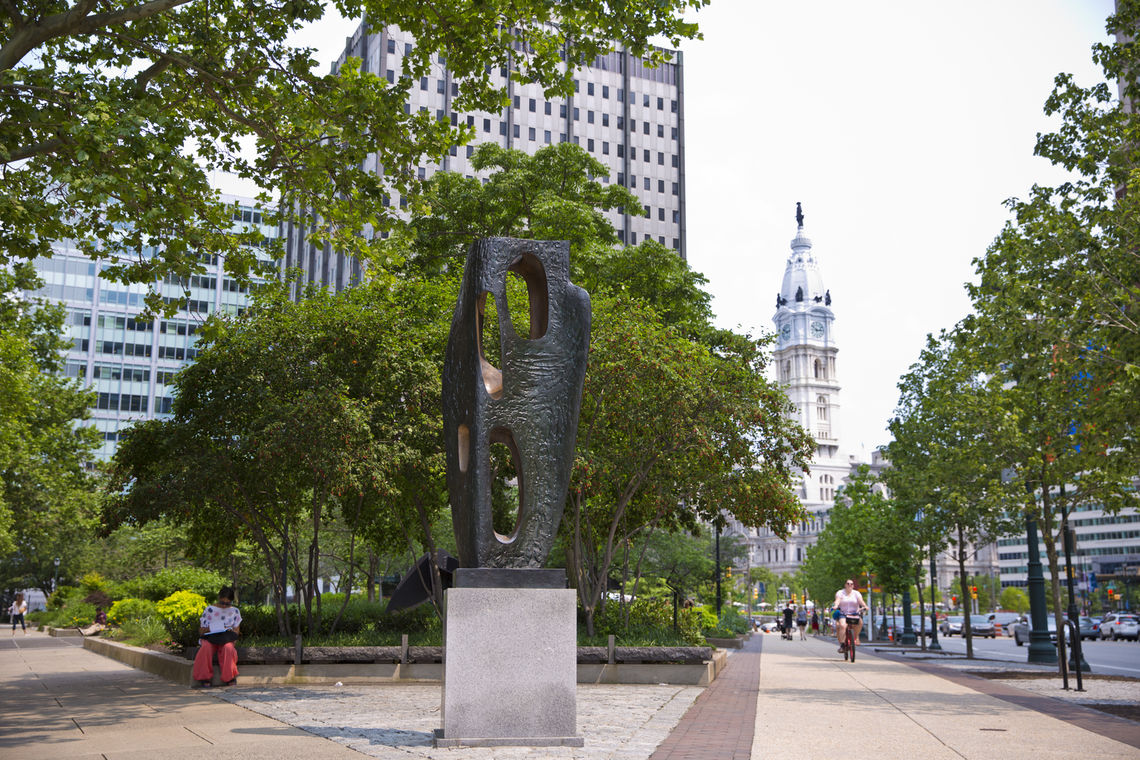 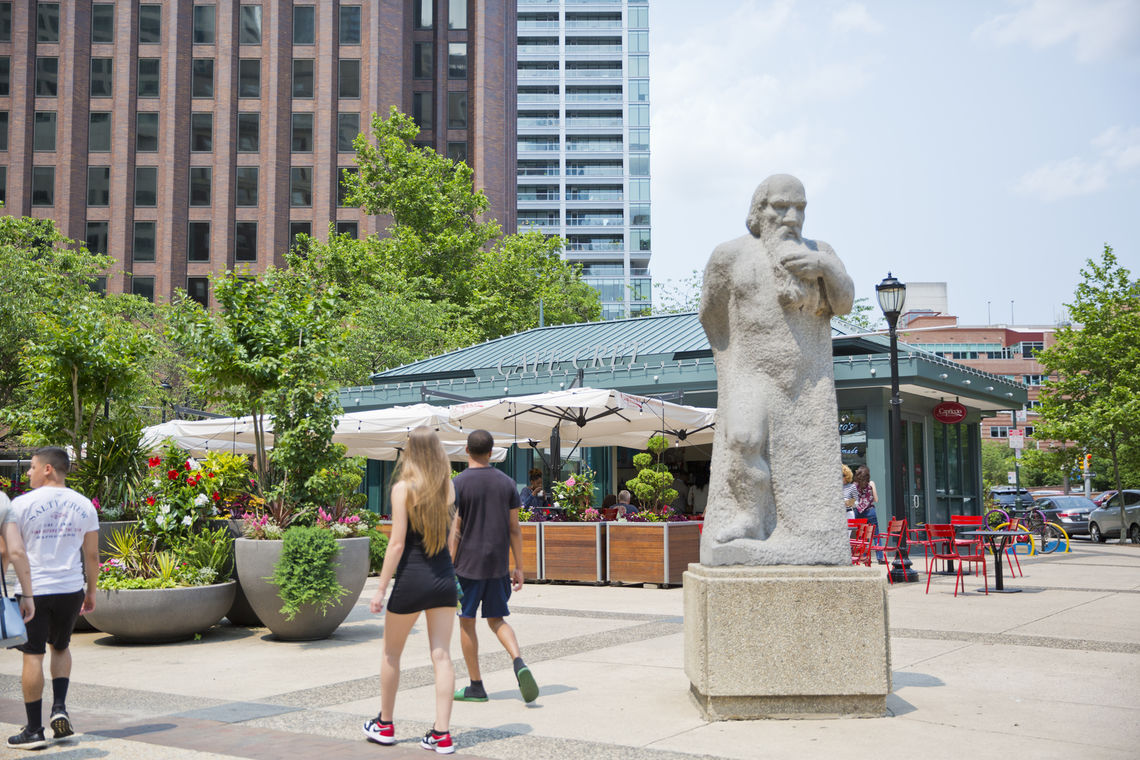 The park is named after Paul Cret (pronounced "Cray"), one of the most influential individuals in Philadelphia architecture in the early part of the 20th Century. Cret arrived in the United States from France in 1903 to teach architecture at the University of Pennsylvania School of Architecture. He prepared many of the original plans and drawings for the Benjamin Franklin Parkway and also designed the Rodin Museum, the Benjamin Franklin Bridge, the original Barnes Foundation building in Lower Merion, and was responsible for the renovation of Rittenhouse Square, creating the park that Philadelphians and visitors from around the world enjoy today. 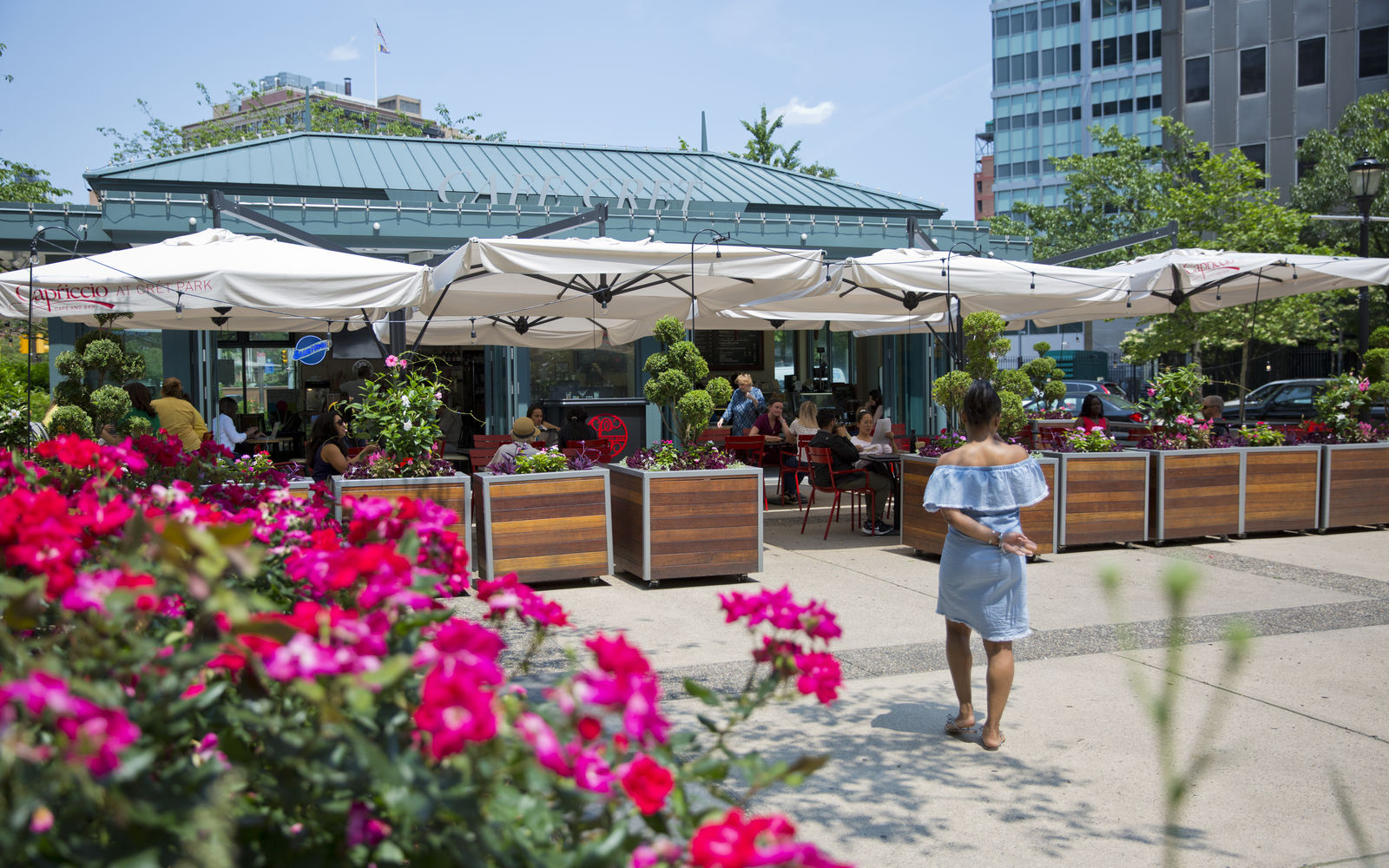 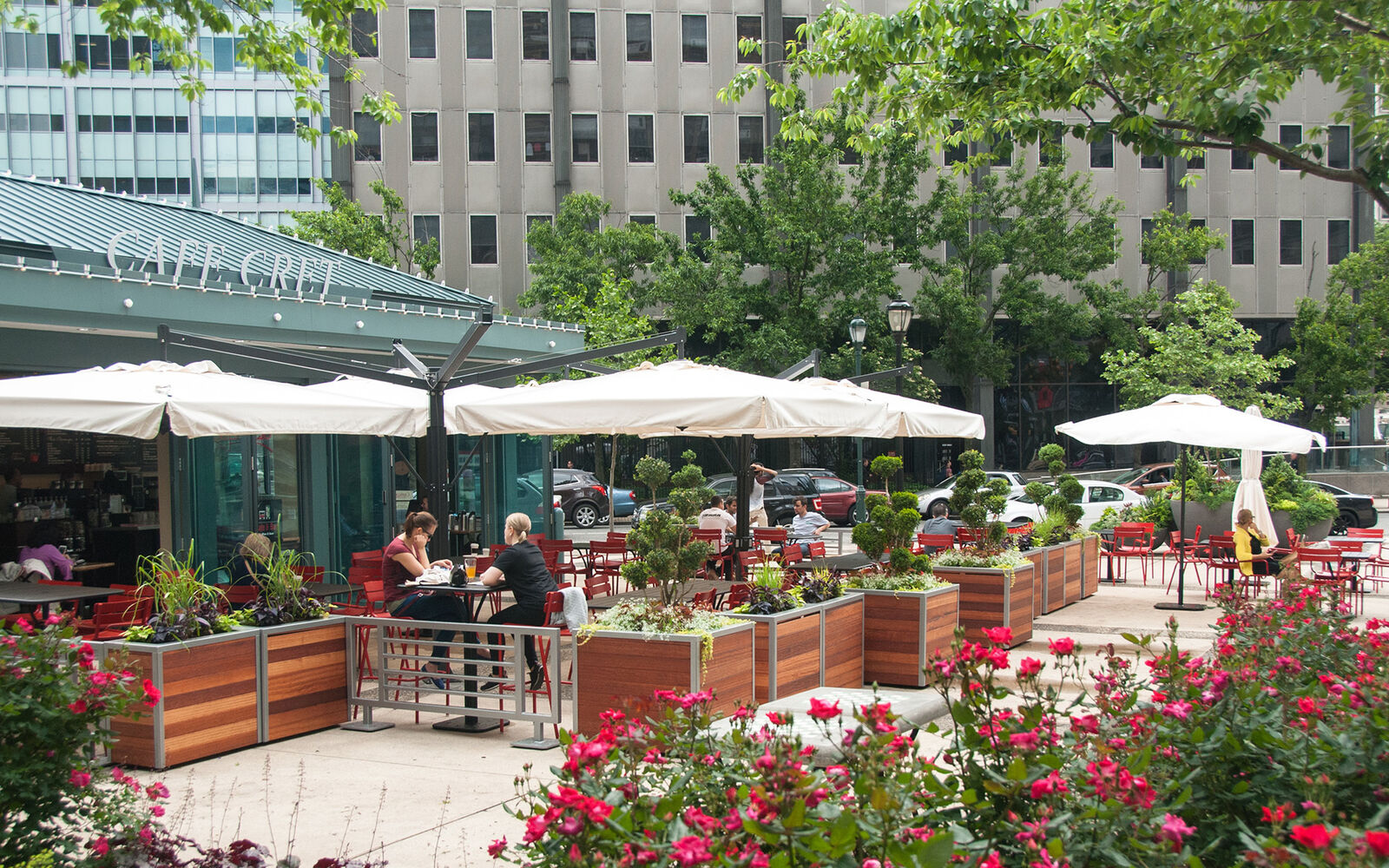 Would you like to hold your event at Capriccio Café & Bar at Cret Park? Call the café directly for details at 215.735.9797 or visit their website noted below.