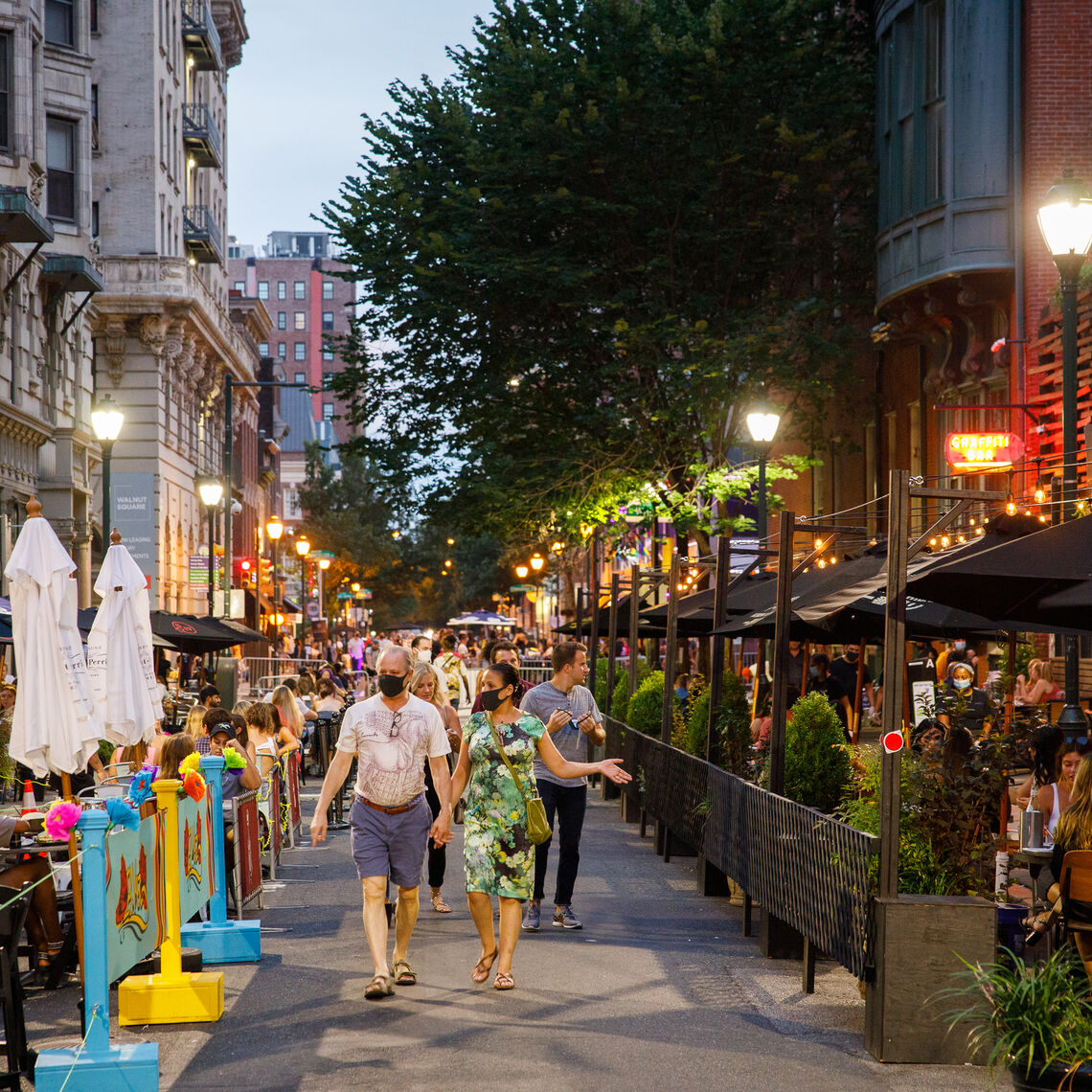 The Restaurant and Retail Sector: Sources of Demand

Center City Philadelphia is the largest employment node in the nation’s eighth most populous metro area, ninth by GDP. At the center of the region’s highway and transit system, downtown retail benefits from multiple sources of demand: residents, workers, students, and visitors. In 2019, Center City’s 311,000 workers, 86,000 households and 3.5 million overnight visitors resulted in $2.8 billion in retail and food and beverage demand.

While the pandemic seriously affected retail sales nationally in 2020, this sector has proved resilient in Philadelphia. Retailers and restaurants have gradually reopened, relying on new safety protocols in shops, outdoor dining and curbside pickup to sustain recovery. Within the CCD boundaries, the number of open storefront businesses increased from 1,021 in June to 1,319 in September. By September, 79% of street-level premises within Center City as a whole were fully or partially open, returning vitality to sidewalks and restoring thousands of jobs. As of mid-November, pedestrian counts have returned to 60% to 70% of last year’s levels along the primary retail streets. While about two dozen businesses have closed, many new ones have opened during the pandemic, including nine restaurants, five retailers, and two hotels.

2021 promises to be a year of recovery. While downtown office workers are primarily working from home, more than half of downtown businesses in a recent survey anticipate a majority of their workers will be back at their desks by the spring of 2021. With a successful vaccine widely distributed, tourism will begin to recover by the second quarter of 2021. Construction continues on four major downtown high-rise residential buildings and one new office tower. Housing markets in Center City and citywide have seen strong total sales and rising median sale prices since the late summer, a sign of continuing confidence in Philadelphia.