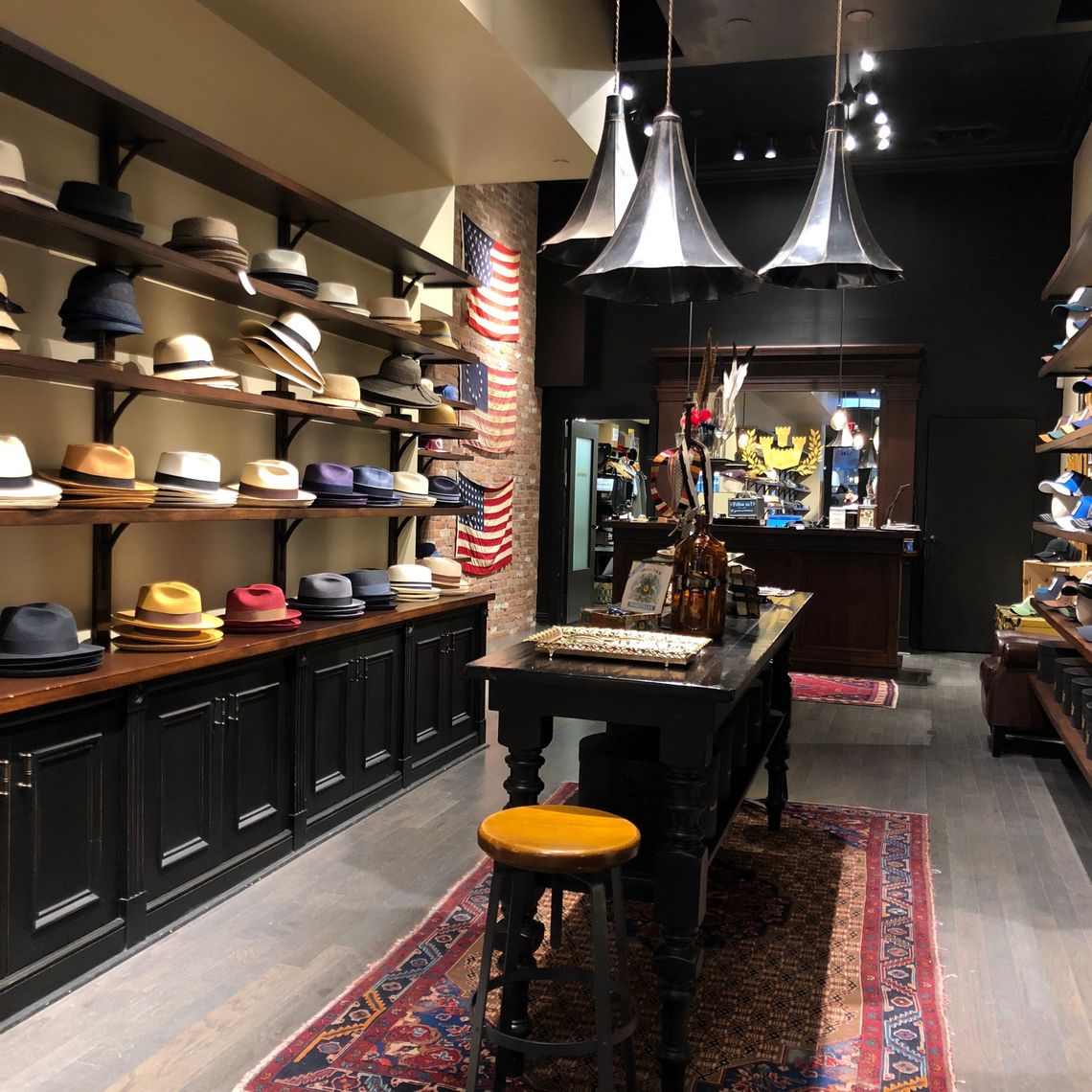 Goorin Bros is a family-owned hat shop founded in Pittsburg in 1895. The brand is known for its focus on craftsmanship and quality and opened its 32nd neighborhood hat shop in Rittenhouse Square in 2014. The 727 square foot space offers styles for every occasion. Beat the elements in a wide brim fedora or make a statement in an American made wool top hat. Goorin Bros signature American Made Heritage collection celebrates timeless design and premium heirloom-quality materials selected to ensure they’ll last a lifetime. Shop this Center City store to experience the tradition of neighborhood hat shops, once common in every town in America.