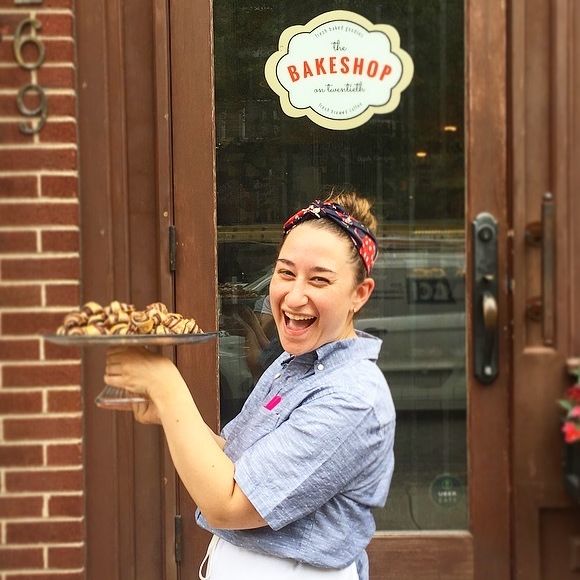 The Bakeshop on 20th

The Bakeshop on 20th is a small-batch local bakery that specializes in recreating childhood favorites like Rice Krispie treats, brownies, sticky buns and chocolate chip cookies, using traditional family recipes and local ingredients. Gluten-free and vegan options are available and savory menu items such as soups and all day breakfast sandwiches with multiple varieties of avocado toast offer something for everyone, any time of day. Thrillist Philadelphia named the bakeshop’s breakfast sandwich one of the best in Philadelphia and suggests, “whatever you do, put it on the Philly English muffin. Not only are you eating city pride, but it’s just as substantial as an everything bagel, only in muffin form.”

Signature display case items include The Brookie – a brownie and cookie hybrid described as “the ultimate baked good” by Business Insider – and The Rittenhouse – a fudge brownie with pretzel crust and caramel topping. Fresh seasonal pies and tarts are available and made to order in flavors like Apple Caramel Crumb, Maple Pumpkin, and Peach Crumb.

Lead Pastry Chef Jessica Stern is a graduate of Temple University’s School of Tourism and Hospitality management and is a founding member of the bakeshop along with owners Lisa and Mark Cosgrove. Her Trifecta Bars, Dunkeroo Cookies, giant Pop-Tarts and other creations are widely-praised and well-loved on Instagram.