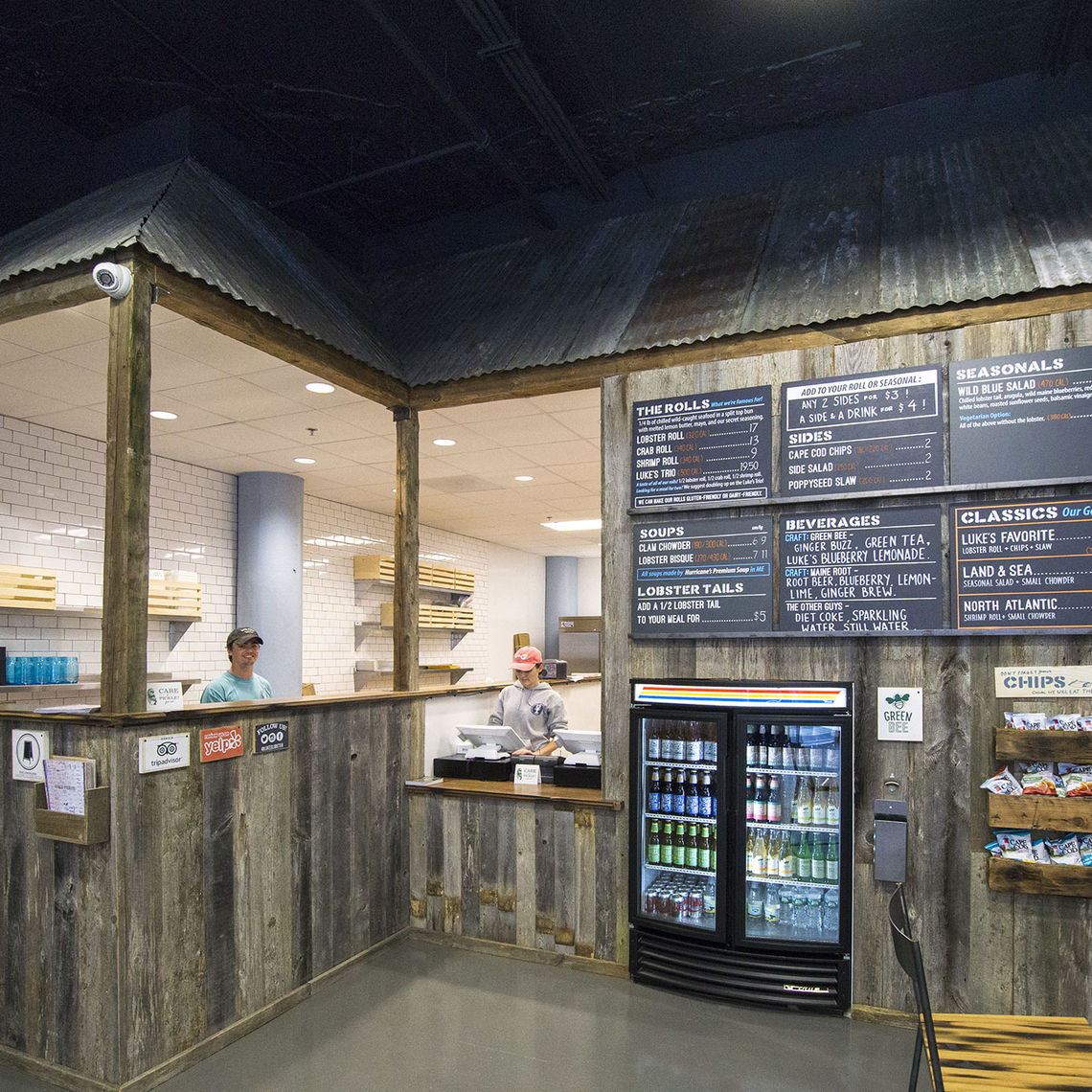 Luke’s Lobster is a national quick-serve seafood chain founded by Luke Holden- a former lobster fisherman turned New York City investment banker. In his search for a proper lobster roll outside of Maine, Luke was disappointed with what New York had to offer and set out to bring fresh Maine seafood nationwide. Luke Holden opened the first Luke’s Lobster in 2009. There are now more than 20 Luke’s Lobster locations in eight states across the country and five in Japan. Luke’s Lobster made its Center City debut in 2013 in Rittenhouse Row and has since added a second Center City address in the historic Steele Building in 2017. The chain serves a menu of sustainably sourced New England coastal classics- lobster, shrimp and crab rolls, soups, salads, and slaw – in a nautically themed space. The Maine-style rolls are a quarter pound of chilled seafood served atop a griddled split-top bun with a swipe of mayo, dash of lemon butter and sprinkle of Secret Seasoning. Come to Luke's Lobster for fresh Maine seafood straight from the sea to you.